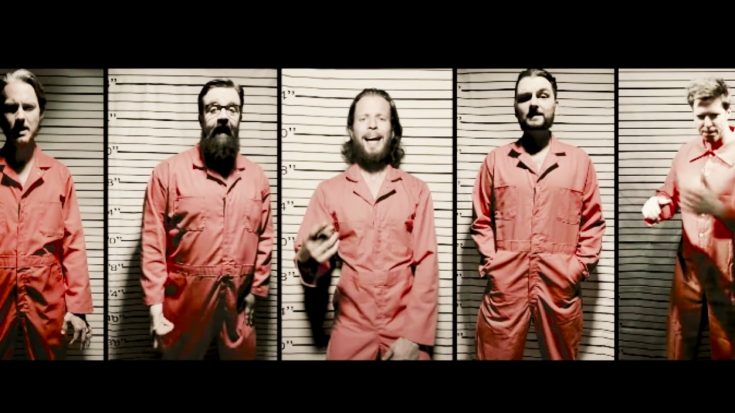 The country a cappella group Home Free got their start on a now-defunct show called The Sing-Off. Other Sing-Off alums you’re likely familiar with include Street Corner Symphony and Pentatonix.

Home Free competed during the show’s fourth season, and was a clear frontrunner from the start. But it was their performance during week three of the competition that truly set them apart.

The group sang Johnny Cash‘s “Ring of Fire.” Everyone was amazed to hear how Home Free transformed such an iconic song.

Home Free went on to win the The Sing-Off, and has experienced immense success ever since. They have accumulated nearly 400 million views on their YouTube channel, with their most-viewed video being their official music video for “Ring of Fire.”

That video was posted in 2014, and has since earned well over 35 million views.

Then, six years after sharing their official “Ring of Fire” video, Home Free decided to reinvent yet another one of Cash’s famous songs in 2020. This time, they picked “Folsom Prison Blues.”

Due to its popularity, “Folsom Prison Blues” has been covered by hundreds of artists from various genres. But Home Free’s rendition of the song is unlike any you’ve heard before.

Since Home Free is an cappella group, they deliver all of their performances without instruments. Any of the sounds you hear are created by their voices, with beatboxer Adam Rupp leading the charge in making most of the instrumental sounds.

The group’s rendition of “Folsom Prison Blues” places the spotlight on baritone harmony singer Adam Chance and bass singer Tim Foust, who split most of the solos.

Unlike Cash’s original recording of the song, which is extremely mournful, Home Free’s cover has a bit of a groovy feeling. It’s a new twist on a song country fans have heard many times.

Tune in below to see how Home Free tackled “Folsom Prison Blues.” Once again, they knocked a Cash cover out of the park!