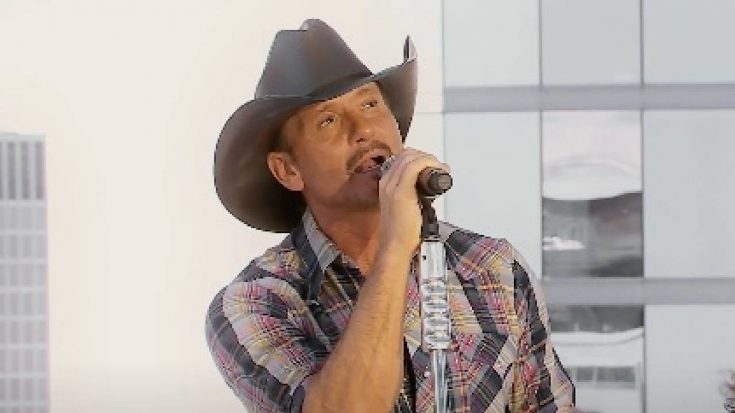 From a rooftop in Nashville, Tennessee, country superstar Tim McGraw gave one of the best performances of the night at the Canadian Country Music Association Awards on September 27, 2020.

The country singer performed his latest single, “I Called Mama,” which he released earlier this year just before Mother’s Day.

The single was written by Lance Miller, Marv Green and Jimmy Yeary and is about how one seeks out their mama for comfort after hearing some bad news about a friend.

Although McGraw didn’t pen the song himself, he said he “fell in love with it right away.”

He told The Boot, “I fell in love with it right away, certainly because of what it says on a personal level about, you know, everybody loves their mama, so to talk really specifically about calling your mom and everything that is said in it made a lot of sense to me.”

McGraw and four members of his band stood at the top of a high rise in Nashville, which showed off the beautiful skyline of Music City.

Watch his CCMA Awards performance of “I Called Mama” below.