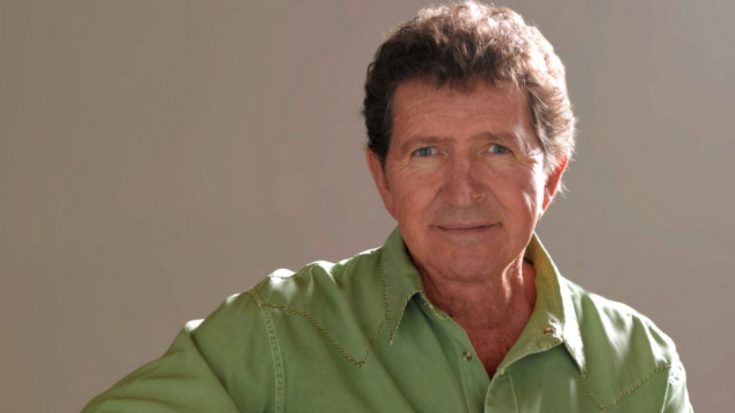 Legendary singer-songwriter Mac Davis is “critically ill” following heart surgery, and his family has requested prayers. The family of the 78-year-old singer shared the news via social media, saying:

We are sorry to report that legendary singer/songwriter Mac Davis is critically ill following heart surgery in Nashville. Your love and prayers will be deeply appreciated at this time.
Thank you,
The Davis Family

We are sorry to report that legendary singer/songwriter Mac Davis is critically ill following heart surgery in Nashville.
Your love and prayers will be deeply appreciated at this time. #PrayForMacDavis ?

Davis got his start working for Nancy Sinatra in the 1960s. Sinatra’s company Boots Enterprises, Inc. served as a publishing company for Davis. Under Boots, Mac wrote songs that were recorded by Elvis Presley (“In The Ghetto,” “Memories”), Kenny Rogers & the First Edition (“Something’s Burning), Glen Campbell (“Everything a Man Could Ever Need”) and more.

Davis left Boots in 1970 after signing with Columbia Records where he would gain success as a country singer. Two years later, he topped the the Country and Pop charts with the song “Baby Don’t Get Hooked on Me.” By 1974, Davis’s success had skyrocketed and he was named the Academy of Country Music’s Entertainer of the Year.

Mac Davis was inducted into the Nashville Songwriter’s Hall of Fame in 2000. Six years later, he was inducted into the National Songwriter’s Hall of Fame in New York. Davis is one of the few songwriters that Dolly Parton would write with. In a 2016 interview, Dolly explained, “My writing time is very private and spiritual: I hardly ever write with anybody else. Every once in a while I’ll write with Mac Davis, who is one of our greater songwriters – we write quick and good together – but for the most part I do it on my own.”

Dolly and Mac have performed together over the years, from a gospel medley in 1977, an appearance on Dolly’s Christmas special in 1979, and their 1989 duet “Wait ‘Til I Get You Home.”

In addition to his impressive singing and songwriting credits, Davis is also known as an actor and television host. He hosted his own variety show on NBC from 1974 to 1976, and appeared in movies like North Dallas Forty, Cheaper to Keep Her, The Sting II and Jackpot.

Our thoughts and prayers are with Mac Davis during this time.