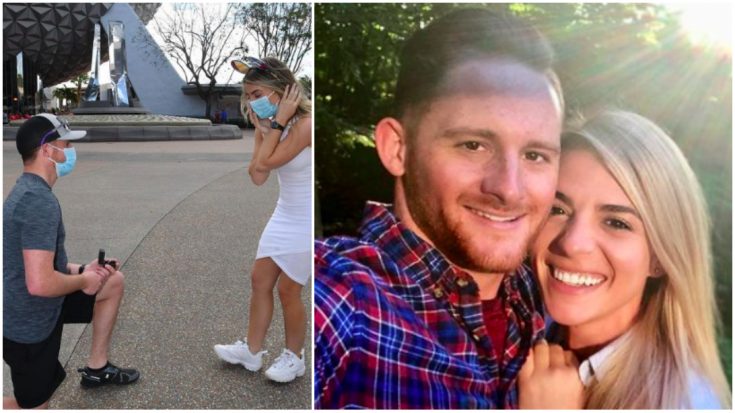 Reba McEntire’s only son is getting married! On New Year’s Eve, Shelby Blackstock, the 30-year-old son of Reba and her ex-husband Narvel Blackstock, announced his engagement to his long-time girlfriend, Marissa (Rissa) Branch.

Photos of the engagement show Blackstock proposing to Branch in front of Spaceship Earth, the iconic Epcot ball at Florida’s Disney World. Blackstock captioned the photos, “Closing out the best year of my life the right way- I’m engaged to my best friend! @rissabranch I love you. Now let’s celebrate the way we know best!”

Branch also shared photos of their special engagement along with a closeup of her stunning ring and a quote from Hercules, “People do crazy things… when they’re in love.”

Blackstock and Branch have been dating since 2016 and it appears that Disney has been a running theme throughout their relationship. In 2018, the couple dressed as Beauty and the Beast for Reba’s Halloween party.

They’ve also shared photos of repeated trips to Epcot over the years, making it clear that it’s a special place for the pair and the perfect place for a memorable proposal.

Congratulations to Shelby and Marissa!

The Eagles Fought Over Song Co-Written By Ronald…

The “Little House” Character Everyone Loved To…