Reba McEntire’s Father Receives The Honor Of A Lifetime 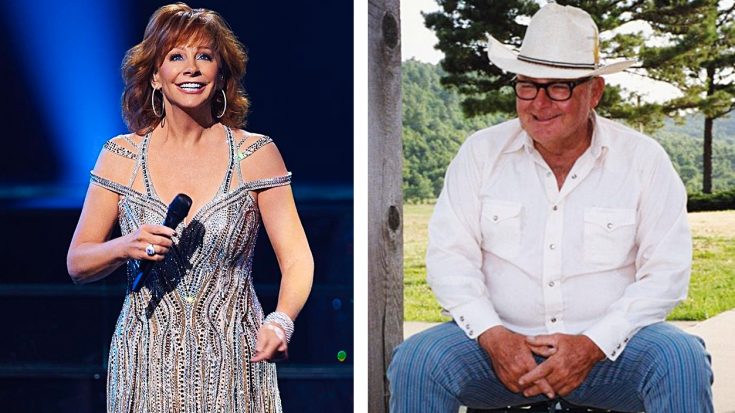 It’s no question that talent runs deep in the McEntire family – even outside of music! Reba‘s father, Clark, made a lasting impression in the rodeo world starting at a very young age. Now, he’s being honored in the most respectable fashion.

Reba McEntire's late father, Clark McEntire, was inducted into the Cheyenne Frontier Days Hall of Fame in Wyoming, on this date 15 years ago in 2003. ?️

Clark was born in November 1927 in Graham, Oklahoma. Following his passion for the rodeo, Clark went on to hold the record as the youngest competitor in the Pendleton Roundup at just 19 years old. It wasn’t long before he was a champion steer roper with three world championships (1957, 1958, 1961) under his belt. His whirlwind of a successful career will be remembered for decades to come.

Although Clark passed away in 2014, his memory and talent live on as he will be inducted into the Hall of Great Westerners at the National Cowboy & Western Heritage Museum in Oklahoma City. Adding to his achievements, Clark was inducted into the Pro Rodeo Hall of Fame in 1979.

on Saturday, April 13, 2019, Clark McEntire will be officially inducted to the Hall of Great Westerners at the National Cowboy & Western Heritage Museum in Oklahoma City.

Reba’s sister, Susie, who has pursued her own singing career as well will be singing the National Anthem at the ceremony. The rest of the McEntire siblings will also be in attendance alongside their mother, Jackie.

Daddy passed away last night in Coalgate, OK at 11 pm CST. He had been in the nursing home for a while and we’re very thankful he is not suffering anymore. He was a born and bred cowboy through and through. He had been sick for 5 years. It makes total sense to me, he always told us kids never to run your horse to the barn. He was just taking his time to go on home.

While talking with Tulsa World, Susie admired her days with her father and all he taught the children.

“They don’t make them like him anymore. He worked from daylight to dusk.” McEntire continued, “And he and Mama instilled that in us kids…being on time is being 30 minutes early. You worked until your work is done, and you do a great job so that they will want you back.”

Not only is induction a huge honor for Clark, but his entire family who are thrilled to attend.

Oh how I miss this man. Since he passed on, I’ve wanted to ask him so many questions. I wish I had listened better. I’ll always love you, Daddy.

Congrats to Clark & the McEntire family on this incredible honor!