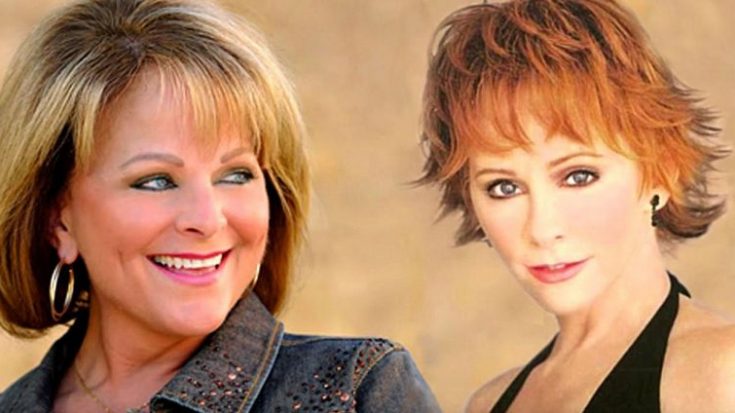 Reba McEntire, the country music legend who rose to incredible fame back in the late 70s, continues to influence fans worldwide with her empowering songs and infectious personality! Born and raised in Oklahoma, Reba’s mother was formerly an aspiring country music artist and often taught Reba and her siblings of the different components to music.

Seeing various other siblings had also been bit by the bug, it was then that Reba and two of her siblings ultimately created a musical group, The Singing McEntires. The sibling group typically sang at local rodeos and for small town radio stations, eventually releasing an original number called “The Ballad of John McEntire.”

So, with the musical desire clearly inhabiting more than one McEntire, it was only fitting for Reba to draft her younger sister and former bandmate, Susie McEntire-Eaton, to assist her in recording the southern gospel song, “Sky Full Of Angels.”

The two gals took over the melody with their unbelievable talent, showcasing the striking similarities in their voices! The uplifting beat and hopeful message talks of eliminating fears and doubts in light of the protection and security that is felt from the “angels watching over.”

Although a popular cover amongst various gospel singers, it is this heartfelt version between these loving sisters that continues to capture fans of both country music and gospel enthusiasts!

Be sure to check out the powerful performance below!