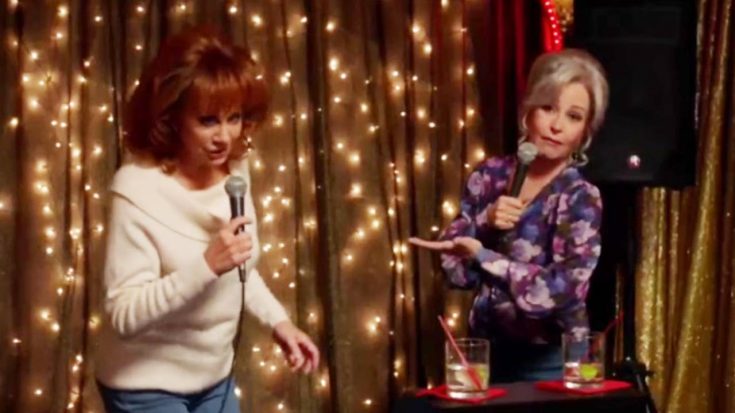 So it was to our surprise when McEntire reprised her role as June on the CBS sitcom Young Sheldon on Thursday night (March 11) and she sang…badly.

McEntire first appeared on Young Sheldon, which is a prequel to the hit show Big Bang Theory, during Season 3 as June, the ex-wife of Craig T. Nelson’s character Dale Ballard, who is dating the title character’s grandmother, Connie.

Connie is played by Annie Potts, and she and McEntire’s character hit it off. So much so that they went to a casino in March 11’s episode and sang karaoke. The song they chose to perform was definitely in McEntire’s wheelhouse – Dolly Parton and Kenny Rogers’ “Islands In The Stream.”

Instead of singing normally – and well, McEntire sang completely off-key, which was hysterical! Singing comes so naturally to her and to try to be bad at it must have been difficult.

Potts isn’t half bad, though!  The “Fancy” singer shared the clip on her Facebook and said, “A redhead and a silver vixen walk into a karaoke bar…too much fun!!!”