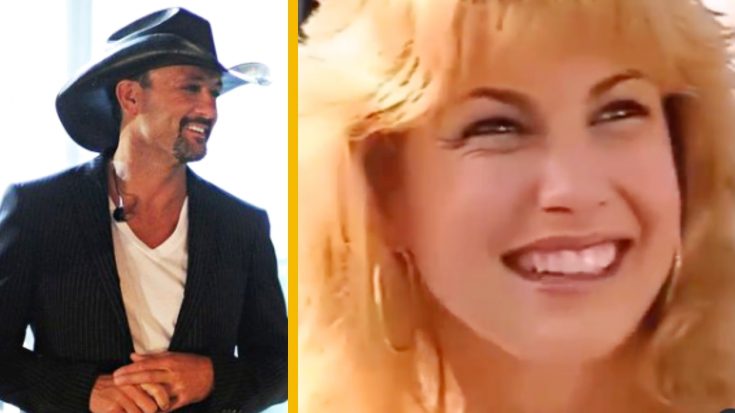 McGraw and Hill married in October of 1996 and have welcomed three daughters together, Gracie, 23, Maggie, 22, and Audrey, 19. The power couple met at a “New Faces” show in 1994, which was just a year after both stars released their debut albums.

On Thursday, McGraw took fans back in time with an Instagram post. The country star reminisced about the early days of his wife’s career. McGraw shared a clip from an interview where Faith described how she got her start in country music. In the video, the star reveals that she was discovered while singing at her office space.

“It almost sounds, you know, like a fairytale, but I was singing it around the office one day,” Faith shared in the video before pausing to greet a group of friends off-camera. “This songwriter was there and overheard me singing.”

The songwriter asked Hill to do a demo, which ultimately kicked off the path to the country star’s highly successful career. Hill’s “fairytale” moment also led her down the path to meet the love of her life.

McGraw posted the interview along with the description, “My girl,” which perfectly summoned up the pride he feels for his wife.

For more on McGraw and Hill’s relationship, check out the following video.