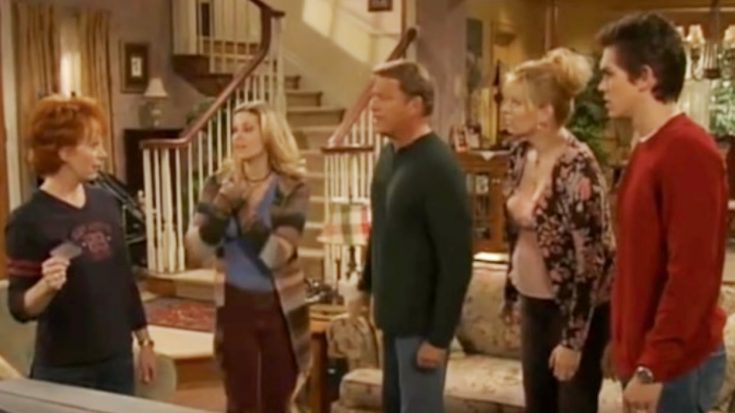 Reba McEntire‘s Reba sitcom finished its six-season run in 2007. That was 15 years ago…and fans of the show have been asking for a reboot ever since.

The cast has made it clear they’d also love to reboot the sitcom. McEntire has always said “yes” anytime she’s been asked if she’d be interested in bringing the series back. In 2020, she told TODAY.

More recently, JoAnna Garcia Swisher (who played Reba’s daughter Cheyenne), spoke about how she too would “love to do” a reboot of the show.

On July 15, McEntire spoke more about her hopes for a Reba reboot during an interview on The Bobby Bones Show. She said they’ve put in a lot of work to try and make the reboot a reality:

“We’ve really been trying hard to do a reboot of the Reba show,” she said. “I really want to work with the people that I got to work with during that six and a half years.”

McEntire said the whole cast had a great time working on the series. “We wanted to get back together like a reunion and have fun, so hopefully that will happen one day.”

We too, hope the Reba reboot will come to fruition. In the meantime, we can look forward to seeing McEntire and Peterman reunite in a new Lifetime movie called The Hammer. They will play sisters in the film. McEntire’s boyfriend Rex Linn was also cast in the movie.

Head below to watch McEntire’s full interview about the Reba reboot, her new tour, and more.