Reba McEntire & Boyfriend Rex Linn Are Making A Movie Together 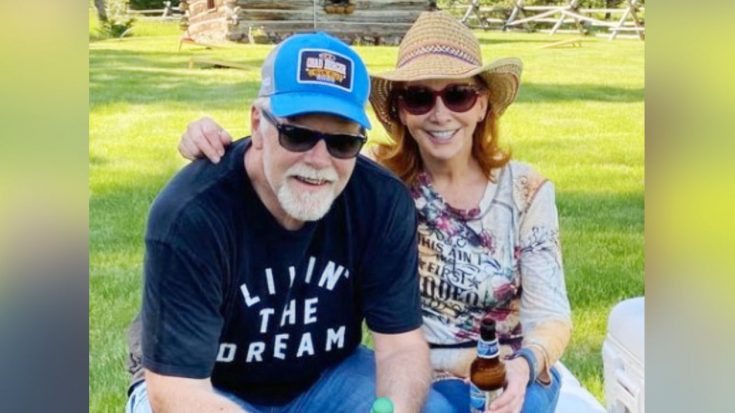 Reba McEntire has been dating actor Rex Linn since 2020. Linn is most well-known for playing Sgt. Frank Tripp on CSI: Miami from 2002-2012. He currently stars on the series Young Sheldon and Better Call Saul.

While McEntire is primarily known as a country music superstar, she is also an actress. She has appeared in films such as Tremors and Barb and Star Go to Vista Del Mar, and also had her own sitcom, Reba.

McEntire once shared that she and Linn talk “all the time” about starring in a movie together, specifically a Western.

“…we were raised around cattle and horses,” she told Talk Shop Live. “He loves to team rope, I love to barrel race, and we both got into show business. So that was always our passion, to be in a Western. To get to be on one together would be a blast.”

Now, McEntire and Linn are starring in a movie together, though it’s not a Western.

On June 30, Deadline reported that McEntire is the star and executive producer of a new Lifetime movie called The Hammer. The movie is based on the life of traveling circuit judge Kim Wanker.

“…the film follows Kim Wheeler…an outspoken, firecracker lawyer who is appointed Judge of the 5th District of Nevada and is one of the few traveling judges left in America. After the reigning judge dies under suspicious circumstances, Kim finds herself covering a circuit that stretches between Las Vegas and Reno — a rugged, often desolate area where anything and everything can happen. With gavel in hand, she lays down the law with a no-nonsense brand of justice, that quickly earns her the nickname ‘The Hammer.‘”

Deadline explains that McEntire’s character “must work even harder to make certain the appropriate justice is served” when her sister is named a prime suspect. Her sister is being played by Melissa Peterman, McEntire’s real-life best friend and former Reba co-star.

As for Linn, he will portray a character named Bart Crawford. Deadline describes his character as “a mysterious cowboy with unknown motives.”

No release date for The Hammer was revealed. Stay tuned for any updates on the film.

In the meantime, learn more about McEntire and Linn’s relationship by checking out the video below. They have the cutest nicknames for each other!