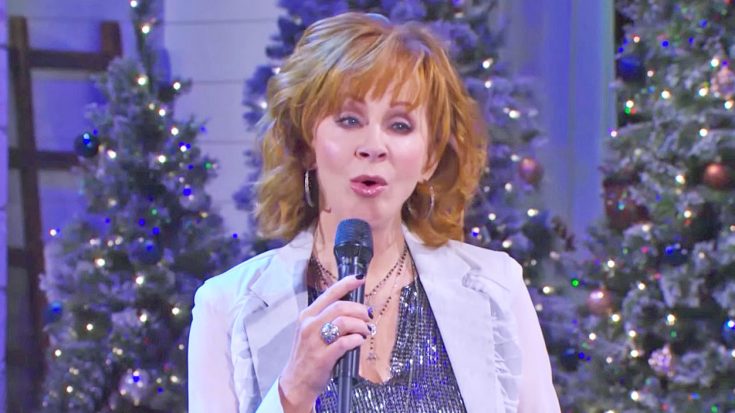 In September 2017, McEntire joyfully announced she would be the then-new host of the annual CMA Country Christmas special that year. Sugarland’s Jennifer Nettles previously served as host for several years, but passed the torch to McEntire for 2017.

“Watching ‘CMA Country Christmas’ has become one of my favorite holiday traditions, and I was absolutely thrilled to be asked to host,” McEntire said in a video message she addressed to her fans.

I’m so excited to announce that I’m hosting #CMAchristmas Monday, November 27th on ABC! AND, @cma has your chance to win a signed copy of my soon to be re-released #MyKindOfChristmas CD with brand new songs! See link in profile to enter. #MerryChristmas

McEntire went on to host Country Christmas again in 2018 before Trisha Yearwood took over hosting duties in 2019.

In addition to hosting CMA Country Christmas, McEntire also released a Christmas album in 2017. The album is an updated version of her 2016 release My Kind of Christmas, which contains new songs and collaborations the original record didn’t have.

One of the songs that appears on My Kind of Christmas is McEntire’s rendition of the Christmas carol “O Holy Night.”

Composed in 1847, the song was originally in French, but was eventually translated into English and other languages. It is now considered to be one of the signature songs of the Christmas season.

Taking The Song To TV

“O Holy Night” is the song McEntire selected to perform when she appeared on the Pickler & Ben talk show during the 2017 holiday season. The set was decked out like a winter wonderland, as Christmas trees with twinkling lights covered all sides of the stage.

McEntire was just as dazzling, and delivered a performance that is sure to put a little holiday spirit in your heart. Check out the video below to watch her sing.

We’d like to join Reba in wishing you and yours a merry Christmas this year!