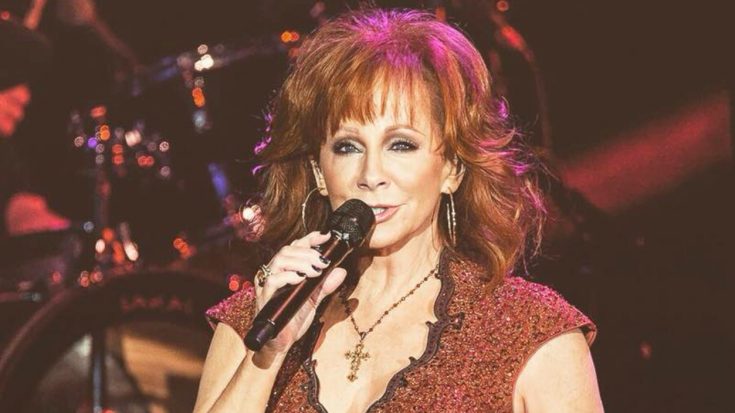 Reba McEntire is not only a legendary singer, she has also conquered the small screen, the big screen, and Broadway!

She solidified her leading-lady status when she helmed the WB sitcom Reba, which lasted for six seasons. Her comedic acting skills were put on display, but we already knew she had perfect comedic timing from her many hosting duties over the years, mainly at the ACM Awards!

Back in 2017, it was revealed that McEntire had signed on to her first starring television role since 2012’s Malibu Country. The unnamed project was a one-hour drama from Marc Cherry, who created Desperate Housewives.

McEntire scored the role of Ruby Adair, the sheriff of the small town Oxblood, Kentucky who has to work closely with the FBI when a horrific crime takes place in her town. ABC ordered the pilot, bringing Cherry back to the network where he had lots of success.

“I am thrilled to be coming back home to ABC,” Cherry said, according to The Hollywood Reporter. “What makes it all the sweeter is Reba McEntire is coming with me. And we can’t wait to share with our fans this wonderful Southern Gothic soap opera we’ve been cooking up for them.”

In March 2017, McEntire was spotted filming the show.

Unfortunately, ABC passed on picking up the series and shopped it around to other networks with no success. McEntire had high hopes for the series, which was rumored to be titled Red Blooded.

So much so that when she found out it wasn’t picked up, she re-evaluated her acting career.

In a 2019 interview with Good Housekeeping, the “Freedom” singer reveals that she initially thought the drama was going to be “one of the greatest things” she would ever get to be a part of.

“I was really proud of it,” she told the magazine. “I was like ‘Wow, what? No, you’re kidding.’ I was aggravated, I was mad. I was disgruntled. I was like ‘I’ll never do T.V again’ I did, kind of, question, Was it my performance? Was it, I wasn’t right for the part?”

Reba? Never do TV again? Say it ain’t so!

Luckily, she believes that “timing is everything” and “everything happens for a reason,” so she won’t give up on her career goals. She said, “If you really love it and want it bad enough, go for it!”

Check out some of the best funny moments from Reba’s namesake television show, Reba, below.