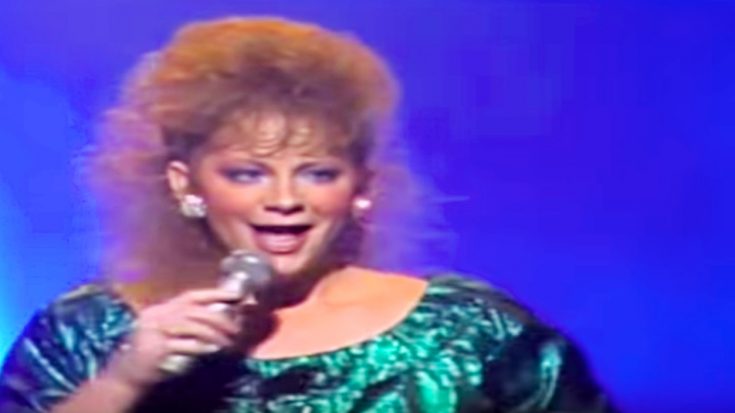 Aretha Franklin may have been the “Queen of Soul” but her influence crossed all genre lines. Many country stars were intrigued by her work, one of the most notable being Reba McEntire.

While McEntire is as country as they come, she has always made it clear that she admires Franklin and her work. This is something she proved in a concrete way when she recorded Franklin’s iconic hit “Respect” for her 1988 self-titled album.

Written and originally recorded by Otis Redding, “Respect” was later made famous by Franklin when she released her rendition in 1967. She changed up the song in significant ways, telling it from a female’s perspective and adding the recognizable “R-E-S-P-E-C-T” chorus.”

Thanks to the changes that Franklin made, “Respect” came to be known as a powerful anthem for women around the world.

It takes a lot of guts to cover one of Franklin’s songs. Since the Queen of Soul was so well-loved and so talented, anyone who tries to sing her work has quite the challenge ahead of them.

But as a powerhouse vocalist herself, McEntire was more than up to the challenge.

Although she could have just slipped “Respect” on her album as a subtle track, she decided to up the ante by performing the song live.

If you’ve been a McEntire fan for a long time, you’ve likely had the chance to see her sing “Respect” in concert. She used it as the opening number of her 1988 line of shows, and was even filmed singing it as part of a medley in 2018.

But out of the many times that she’s performed “Respect,” nothing can beat her performance of the song at the 1988 CMA Awards.

When McEntire heard the news that Franklin had passed away, she knew exactly how she wanted honor to her. Taking to Facebook, McEntire shared a link to her “Respect” cover at the 1988 CMA Awards.

“Rest In Peace, Aretha,” McEntire wrote. “I’ll sing this one for you.”

I’ve had so many influences in my life, and one of them is the Queen of Soul. Rest In Peace, Aretha. I’ll sing this one for you.

The performance marked the first time that most had ever heard McEntire sing “Respect,” and they were surely impressed by what they heard. McEntire brought that same fire to her rendition that made Franklin’s recording such a hit all of those years ago.

Dare you not to sing along as you watch McEntire perform “Respect” in the video below. Such a fitting way to honor an artist whose talent was out of this world.

May Franklin rest in peace. She’ll be so dearly missed.