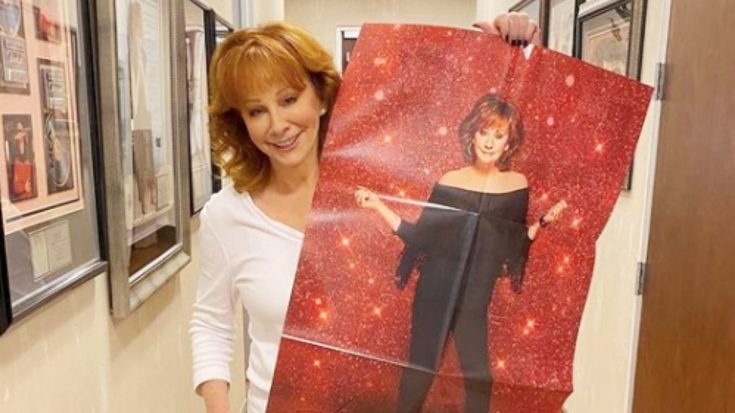 Reba McEntire surprised her fans by showing up to a performance at the Grand Ole Opry with a whole new look!

The country superstar was one of many artists who performed during the Loretta Lynn’s Friends: Hometown Rising benefit concert. Lynn and her friends hosted the concert to help raise money for flood relief in Humphreys County, Tennessee. Lynn lives in the county, which is why this cause is so close to her heart.

During the benefit concert, McEntire fittingly chose to perform her song “I’m a Survivor,” which was also the theme song for her Reba sitcom.

“[It] really does hit home after the devastating time they had over in Waverly,” McEntire said, according to The Tennessean. “And when Loretta calls, we all come running.“

McEntire was sporting a different-than-usual hairstyle during the benefit concert. Her normally curled or wavy hair was styled in a straightened bob that stopped at her chin.

Those who weren’t at the concert got the chance to see McEntire’s new hairdo when the Opry shared a photo of her on its social media pages. Many said they couldn’t believe their eyes when they saw McEntire rockin’ her new look.

Other fans were quick to point out that it looked like McEntire was wearing a wig. One commenter noted how it looked a lot like the wig she wore in the “Because of You” music video she released with Kelly Clarkson in 2007.

Even if McEntire was wearing a wig, she may want to consider switching up her hair for good. She got lots of compliments from fans saying how much they loved the sleek, short hairstyle!

You can see McEntire sporting her new look in the photo below. She looked just as stunning as ever!