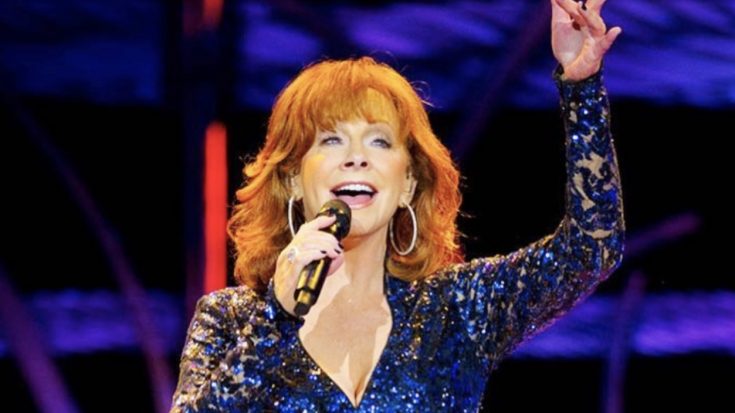 It’s one surprise after another for Reba McEntire!

Late Sunday evening (Feb 10), the country legend revealed that she would be returning to the Academy of Country Music Awards as this year’s host in a ten second video posted to her Facebook.

“On my way to Vegas! So excited to be back hosting the 54th ACM Awards on CBS, Sunday, April 7,” she captioned a silly video of her “walking” to Vegas.

On my way to Vegas! So excited to be back hosting the 54th ACM – Academy of Country Music Awards on CBS, Sunday, April 7. #ACMawards

Less than 24 hours after, she made another huge announcement – a brand new album! We knew an album was in the works, we just had no idea when the announcement would be.

McEntire began teasing new music back in September 2018, posting a series of photos on Instagram with the caption, “Back at it in the studio.”

Back at it in the studio #newmusic #comingsoon ?: @ryanrcamp

Titled Stronger Than The Truth, McEntire shared the album cover, track listing, and release date on her Instagram on Monday (Feb 11). Some of the song titles are “Tammy Wynette Kind Of Pain,” “Cactus In A Coffee Can,” “No U In Oklahoma,” “In His Mind,” and “You Never Gave Up On Me.”

The twelve-track album will drop on April 5, just two days before the ACM Awards, and the song “Stronger Than The Truth” will be available on streaming sites Friday, February 15! According to her Instagram post, you can pre-order the album on her website here.

In the Instagram post, she also said, “This is the most country record I’ve done in a long time and I can’t wait for you to hear it.”

If you’re like us and can’t wait until Friday to hear the new track, don’t worry – she posted a 13-second clip of it on her Instagram story! She sings, “Oh, you got a brand new start with someone new, and there’s no whiskey stronger than the truth.”

We can’t wait for the song, the album, her hosting duties – everything! Listen to the short clip of “Stronger Than The Truth” below.

Read for the new #Reba album out 4/5?! Hear part of the title track #StrongerThanTheTruth! pic.twitter.com/Q5EmC2MNan