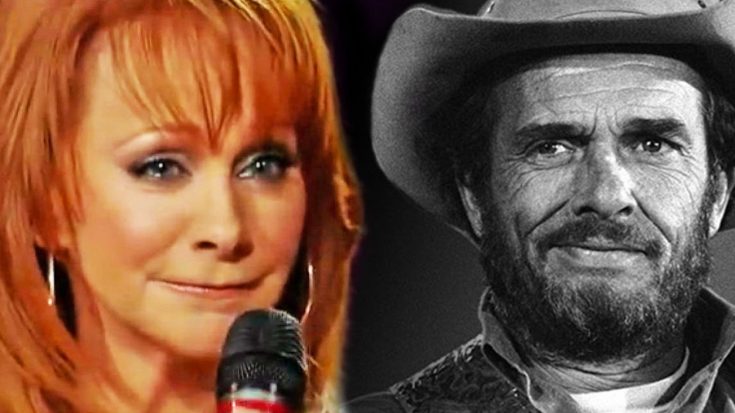 In one of the most powerful and heartfelt tributes to the man who helped make country music the incredible art it is today, country music superstar, Reba McEntire, pours her heart and soul into her own version of “Mama Tried.”

McEntire has loved Merle Haggard‘s brilliant music ever since she was a child growing up on a farm in Oklahoma.

Before she launches into her tribute to The Hag, she tells a beautiful story of how he influenced her childhood, and how much that meant to her.

“A lot of people ask me all the time, ‘Who are my musical influences?'” She tells the audience. “There was another guy from Oklahoma – I had every album he ever put out. My older brother Pake and my little sister Susie and me, we sang every song he did…because Merle Haggard was a great influence on all of us.“

And with that, she kicks off this raucous jam that is sure to get your feet moving and melt your heart with all the memories it brings flooding back!

Listen to Reba McEntire’s beautiful tribute to one of the greatest country musicians to have ever lived in the video below!