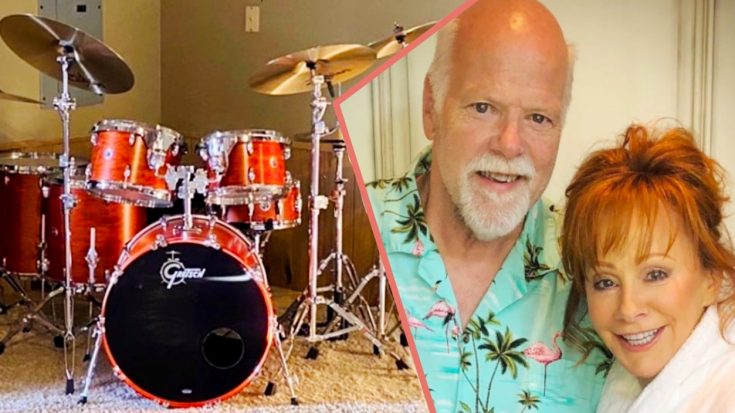 Linn turned 64 on November 13. He’s actually one year younger than McEntire, who turned 65 on March 28.

The two first met for a dinner date back in January and kept in touch through calls and texts over the following months. They eventually reunited and have been going strong ever since.

McEntire first spilled the beans on their relationship during an episode of her Living & Learning podcast in October. Since then, her and Linn have posted a few pictures of the two of them on social media.

They’ve also revealed their nicknames for one another, which are “sugar tot” for Linn and “tater tot” for McEntire. They collectively refer to themselves as “The Tots.”

McEntire referred to their nicknames when she shared a pair of photos, with the first showing her and Linn on the CMA Awards‘ red carpet and the second showing them enjoying their coffee the following morning.

The day after McEntire and Linn had their “coffee camp” date, the two of them celebrated Linn’s birthday. Of course, McEntire treated her new man to a nice gift, and he knew he had to show it off.

Posting on Instagram, Linn revealed that McEntire gave him a drum set for his birthday.

“Drummers beware….Tater Tot loaded me up with some birthday ammunition!!” he wrote while tagging McEntire in his post.

See the drum set she got him by checking out the picture below. It’s so cool!

Who knows, maybe one day Linn will be playing drums in McEntire’s band!

We love seeing McEntire in love! Learn more about her new relationship with Linn by checking out the video below.