Reba Gets Nervous Around This Time Each Year, But Why? 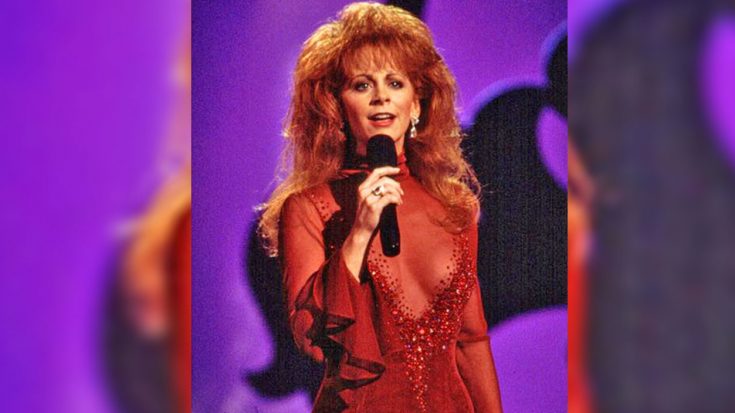 Country music icon Reba McEntire is taking the stage for yet another year at the ACM Awards! With 15 years as ACM host under her belt, she admits she still gets nervous about one little thing.

The Academy of Country Music is celebrating its 54th Award show in April. With an endless array of talent growing and continuing in the genre, the award show highlights every category possible. Not to mention the incredible lineup of stars who will be performing throughout the ceremony.

Of course, the show wouldn’t be possible without their longtime host, Reba. The “Fancy” singer’s hosting career began back in the 80s and hasn’t slowed down much since. As the redheaded beauty takes the stage, country music artists and fans can’t get enough! While Reba typically hosts the show by herself, she has had a few co-hosts take the stage beside her. Past years have included Hank Williams Jr., Randy Owen, George Strait, Alan Jackson, and Blake Shelton.

On May 10, 1995, I took home the awards for Top Female Vocalist and Entertainer of the Year at the 30th @acmawards…one of the highlights of my career! Thanks ACM for all the love and support over the years. #tbt #throwbackthursday #reba #countrymusic

While it’s no doubt that Reba is quite the hosting professional by this point, she recently admitted to PopCulture.com that she still gets nervous.

“Right before I walk on stage, I’m a little nervous, butterflies are flying. But after you take that first step, and say that first sentence, everything is golden.”

Even after 44 years in the industry, this music icon still gets butterflies – who would’ve thought?!

While Reba is more than honored to be back as host for another year, she did confess her feelings toward the lack of female nominations. While talking with CBS This Morning, she explained.

“It doesn’t make me very happy because we’ve got some very talented women out there who are working their butts off.” Reba later added, “I’m missing my girlfriends on this list.”

The night has started! #ACMawards #Reba

It wasn’t long before the singer had a multitude of stars backing her up, including Luke Bryan. Bryan told BuzzFeed News,

“I think Reba has earned the right to voice her opinion on matters like that. Somebody like Reba has to stand up and say to the Academy of Country Music and all forms of country music award shows. It does get a little bit tricky when it is a naturally male-heavy format…There’s so many women out there that should feel the right to speak up.”

You can tune into the ACM Awards Sunday, April 7.