Reba Fan Driven Speechless After Receiving Gift Of A Lifetime 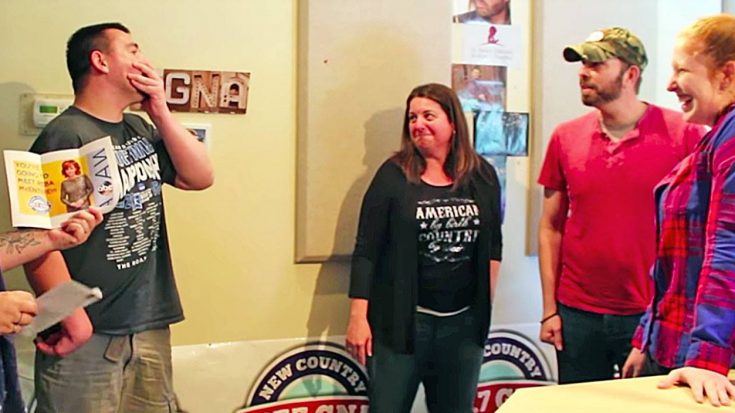 Thanks to a radio station in Albany, NY, 23-year-old Billy O’Brien recently received the surprise of his lifetime.

Billy, referred to as a “local legend” in his hometown of Foxwood, MA also happens to be a town favorite. Whether he’s riding his bike, visiting the local Walmart, or just hanging out, he gets waves from everyone.

Recently, the admiring fan received tickets to attend one of Reba’s shows. His reaction was an emotional one. Billy was completely overjoyed and onlookers were moved to tears.

A friend caught the touching moment on video and shared it with WGNA-new country radio in Albany. The station’s hosts said after seeing Billy’s reaction to even being at the same event with Reba, they knew they needed to take his experience one step further. They had to send the video to Reba and see if they could arrange a meet-and-greet for one of her biggest fans.

“What if somehow, someway, we could get in touch with Reba’s people and see if we could land the crown jewel of hook-ups: Meet and Greets passes for his girl Reba?” shared a WGNA representative.

No one knows for sure if Reba actually saw the video, but what they are sure of is they received a certificate for a Meet-and-Greet with Reba especially for Billy O’Brien.

Not What Billy Expected

Billy traveled to the 107.7 GNA studio with his parents, fully believing he was there to pick up some tickets to another upcoming music event, Countryfest.

Instead, the folks at WGNA surprised Billy with the unthinkable…an opportunity to meet “his girl” face-to-face.

Get your good feelings and goosebumps ready to go. You might even work up a tear or two when you watch Billy’s reaction to this incredible surprise.

Well, what did you think? We’d love to hear your thoughts on this.