Reba Asks Kelly Clarkson “Does He Love You?” 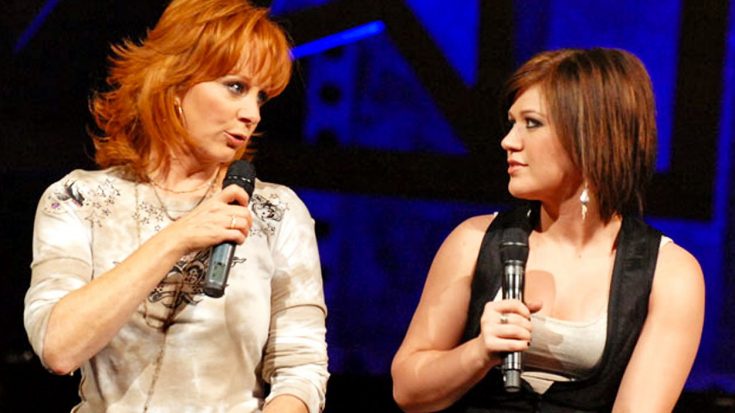 Known for her prominence on the country charts and a massive collection of super-hits, Reba McEntire made a name for herself in the late ’70s and early ’80s.

Kelly Clarkson, on the other hand, gained a massive following in just a short amount of time with her incredible performances sending her to the top of the inaugural season of American Idol. With a huge victory under her belt, her career virtually soared to life overnight.

Tell us what we have to do to become a part of this family and we'll do it. #ACCAwards @reba @kelly_clarkson pic.twitter.com/wq7V6PPC7P

When these two powerhouse ladies of music put their voices together, the effect was mind-blowing, and so was the audience’s reaction!

Reba and Clarkson took the stage for an episode of American Idol that proved to be one of the best duets the show has ever seen.

RT if you think @kelly_clarkson and @reba should get a group #stopbullying photo taken by our photographer @npg1989 pic.twitter.com/xb4pe8he7e

“You stole my man,” Reba says to Clarkson. “And I’m not happy about that.”

And with that, the two burst into one of Reba’s most notable songs, “Does He Love You”.  At the utterance of the first verse, you can hear the audience go completely wild for this tremendous throwback hit!

Reba released the single in August 1993 as a duet with Linda Davis and the two took home a Grammy award for the iconic track just a few months later.

Watch the video below where these two incredible voices come together and issue an unforgettable performance of a classic country hit!