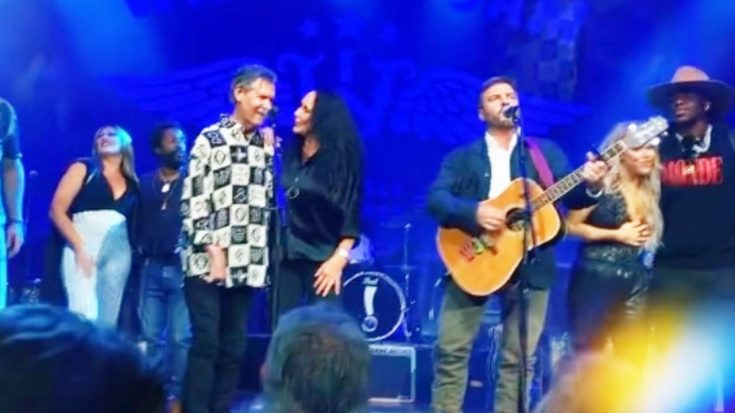 On Monday, July 27, celebrated their 10-year anniversary with a huge celebration at the historic Ryman Auditorium. For the last ten years, Whiskey Jam has hosted up and coming singer-songwriters trying to make their mark on Nashville with events on Mondays and Thursdays at Winner’s bar.

According to the company’s website, 291 number one songs have been written or performed by Whiskey Jam guests. Some of their notable guests include Brad Paisley, Chris Stapleton, Thomas Rhett, Lady A, and Luke Combs, just to name a few.

To celebrate their 10-year anniversary, they had performances at the Ryman Auditorium, which was crashed by none other than Randy Travis!

After a night filled with music and celebration, Whiskey Jam co-founder Ward Guenther was closing out the show with a rendition of “Forever And Ever, Amen” when Randy and his wife, Mary, started walking onstage! Of course, the crowd started going wild. Artists who had already performed all joined them and sang the song together.

When it came time to sing the final “Amen” of the song, Randy stepped up to the mic and sang it himself, making the sold-out crowd cheer even louder. Watch the epic performance below.