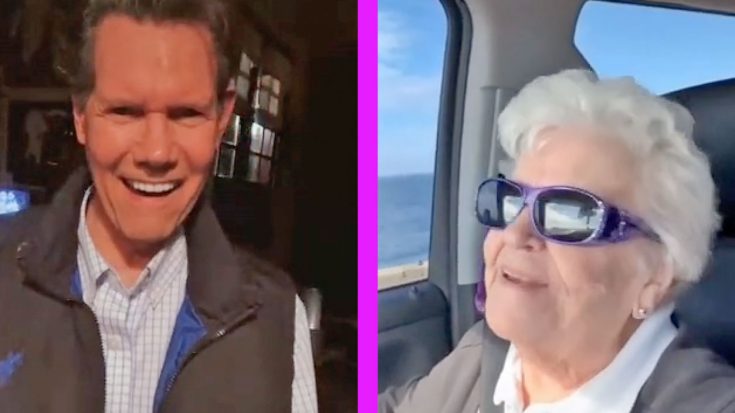 Legendary country artist, Randy Travis has a TikTok account and it’s easily one of the most heartwarming social media accounts out there. The Country Music Hall of Famer primarily uses the platform to show off his good humor by surprising other artists and fans.

On April 9, 2021, Travis discovered a popular TikTok channel called ‘GBandMe.’ The channel follows the hilarious adventures of a grandmother (GB) and her grandson. In one particular video GB is singing Hank Williams’ “Hey Good Lookin'” during a car ride. Travis decided he should join in and responded with a duet-style side-by-side video, in which he nods along and mouths out the words to the Williams classic.

“isn’t she the sweetest?! One of my favorite songs & I love country music fans!!”

The video has over a quarter-million views and even better is what happened when GB discovered Travis noticed her singing on TikTok. Her reaction was priceless with an enormous smile across her face – she even blew a few kisses to Travis.