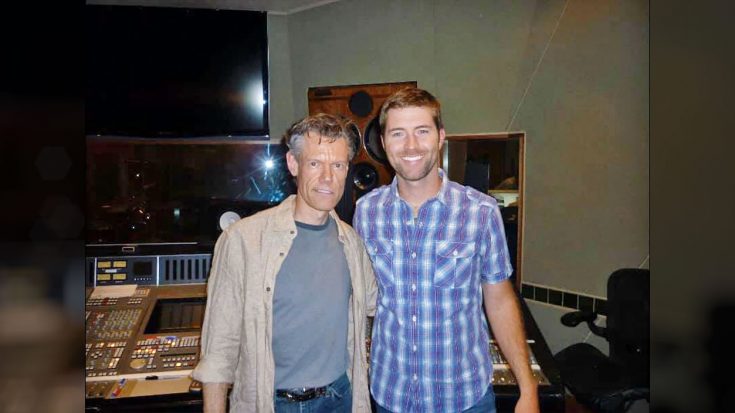 Known for his soothing voice that brings listeners straight back to country music’s grassroots, Randy Travis has been a country music legend in his own right. Fans will recall that Travis suffered a life-altering stroke back in 2013 that left him with limited speech and mobility.

Travis had such an impact on Josh Turner that he was asked to sing on Turner’s upcoming album, Country State Of Mind. The collaboration will be Travis’s first recording session since his stroke. Listeners will find Travis appearing on his signature “Forever and Ever, Amen.” Turner explained during his album trailer,

“Randy has always been my hero. He was the reason I wanted to become a country singer. He’s an inspiring figure, not just to me but to a lot of people, so to have him sing on this record is pretty special.”

Released on August 21, 2020, the album focuses on the artist’s songbooks that have most inspired Turner in his career. He refers to them as his “Mount Rushmore of country music.”

Check out the title track from my upcoming album COUNTRY STATE OF MIND ft. my buddy @thechrisjanson. Click the link in my bio to pre-add/pre-save.

“My Mt. Rushmore of music has always been Randy travis, John Anderson, Johnny Cash,Vern Gosdin, Hank Williams and the reason it’s those five guys it that any song that you ever hear me singing or playing, you’re gonna hear bits and pieces of any combination of those 5 artists.”

Country State of Mind is Turner’s first release since his 2018 gospel collection I Serve a Savior. It’s also the first album from the artist since the fatal bus crash back in September 2019, that affected his road crew.

Watch the video below for the album trailer for Country State Of Mind.