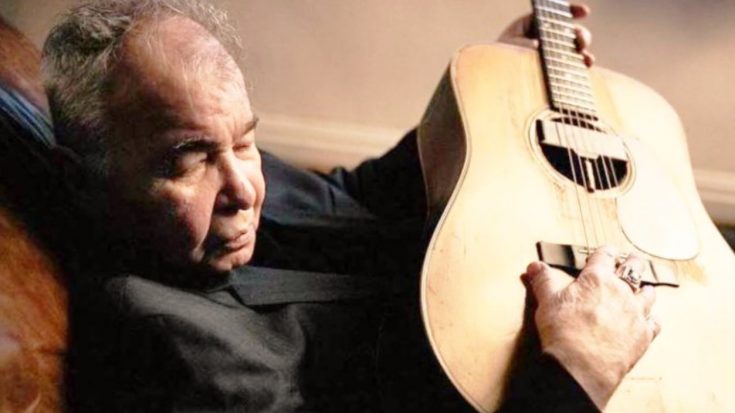 On April 7, country music lost one of its most iconic figures when John Prine passed away. The esteemed singer and songwriter was 73 years old.

Before his passing, Prine wrote and recorded a final song. Titled “I Remember Everything,” the track was released following a tribute show in his honor, titled Picture Show: A Tribute Celebrating John Prine.

Prine recorded “I Remember Everything” at his own home in 2019 so it could be featured in a documentary about him.

Despite his legendary status, Prine surprisingly had no #1 Billboard songs to his name at the time of his passing. But this week, “I Remember Everything” debuted at the #1 spot on Billboard’s Rock Digital Song Sales chart, making it the first #1 song of Prine’s.

Thank you for helping us get John his first ever #1 single in his career. Can’t help but to think he is smiling right now.

It’s hard to believe it took this long for Prine to earn a #1 song on the charts. But the feat shows that more people have started listening to his music. This means even more people will be able to share his music with new generations.

“I Remember Everything” isn’t Prine’s only work to perform well on the charts in the wake of his passing. The week after he left this world, Prine was the #1 artist on the Rock Songwriters chart. Two of his albums, his self-titled record and The Tree of Forgiveness, appeared at the #1 and #3 spots on the Americana/Folk Albums chart that same week.

Even though Prine is gone, his music lives on. Therefore, so will his legacy.

Tune in to the clip below to hear Prine’s first #1 song, which was also the last track he ever recorded, “I Remember Everything.” It’s a song that proves just how talented he was as both a singer and songwriter.

Thanks for the music Mr. Prine. We’ll always treasure it.