Randy Travis’ Brother, Ricky Traywick, Sings “I Told You So” At 2018 Festival 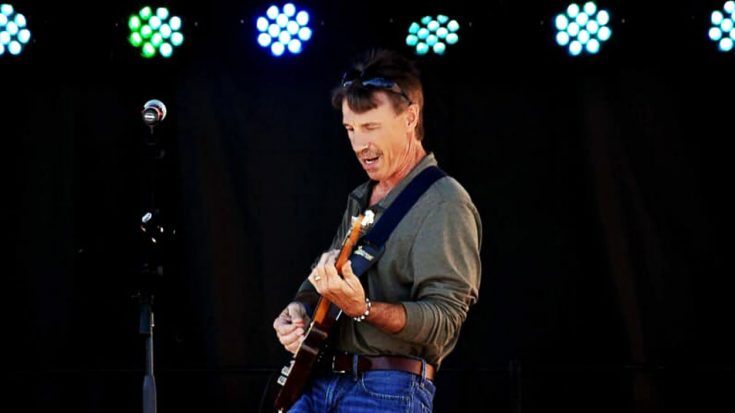 Before he was Randy Travis, he was Randy Traywick and before he was a record selling solo artist, he was one half of “The Traywick Brothers” band. The brothers performed at several venues together with his older brother Ricky on guitar and vocals. While Randy went on to pursue his music career in Nashville, Ricky Traywick continued to pursue his as well down a different route.

Ricky has found a love for music with high energy and heartfelt style. He finds interest in blending classic country, rock, western swing, blues and gospel into his music. Ricky’s first studio recorded album, I’m Already There featured his country rock vibe. In 2006, he released an acoustic gospel album titled Someday Soon. In 2017, Ricky had the incredible opportunity to perform alongside a series of CMA artists at the Bridgestone Arena in Nashville.

Another opportunity bloomed on October 13th, when Ricky put on the Randy Travis Music Festival in their hometown of Marshville, North Carolina. Ricky did several songs in honor of his brother with “I Told You So” getting the most attention. The song tells the heartbreaking story of wondering “what if” in love. Randy calls out to a lover asking for a second chance with the hope that she’ll feel the same instead of walking away. The heartbreak tune became one of Randy’s biggest hits. In 2007, Carrie Underwood did her own version of the song during her performance at the Grand Ole Opry.

At the festival, Ricky took the stage solo with just his guitar in hand. Holding a similar vocal range as his brother, Ricky performed the song perfectly. During the first chorus, Ricky stepped back from the mic as he let the audience take over the vocals. You could hear every member of the crowd singing along with this beautiful tune.

You’ll be blown away by Ricky Traywick’s tribute to his brother.