Priscilla Presley Rejects Rumors Her Father Made Her Pursue Elvis: “That Never Happened” 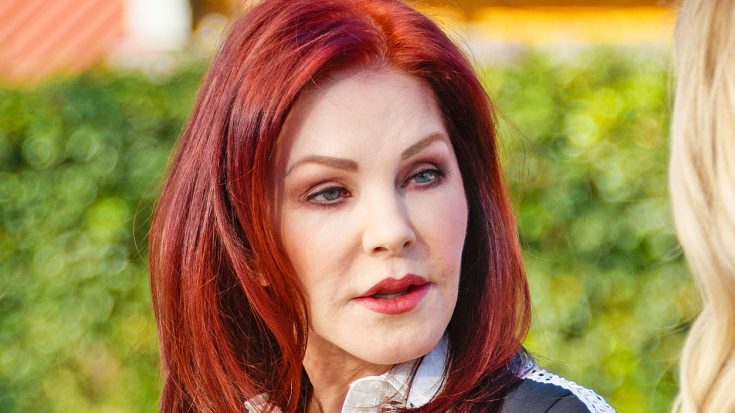 All “The King’s” Rumors

If you eventually reach a high enough level of fame, it’s par for the course that you’ll eventually become the subject of rumor, gossip, and speculation. The more famous you become, the more rumors that spread. If you’re famous enough, these rumors can continue long after you’re gone.

That’s exactly what happened in the case of Elvis Presley. His immense fame, storied life, and mysterious death led to endless rumors being spread about “The King” and the type of person he was.

Down the line, some of these rumors have been accepted as the truth, with many publications and books printing them as fact.

These inaccuracies are exactly what Priscilla Presley has spent a large part of her life trying to clear up. The actress and entrepreneur married Elvis in 1967, and gave birth to his only child, Lisa Marie, in 1968.

Elvis and Priscilla eventually divorced in 1973, though they remained friends until Elvis’ passing in 1977.

Afterward, Priscilla co-founded Elvis Presley Enterprises, which is the company responsible for turning Elvis’ Graceland estate into the tourist attraction it has become. To this date, Priscilla continues to work on various projects concerning Elvis and his music.

The Task Of Keeping “The King’s” Legacy Alive

One of those projects is her special presentation Elvis & Me: An Evening with Priscilla Presley, in which she talks about her life with Elvis and shares personal photos from their time together. Priscilla delivered her presentation at the Genessee Theatre in Illinois, and spoke to The Chicago Tribune about what attendees were in store for.

There’s definitely one thing that people heard from Priscilla during the presentation: the dismissal of some serious rumors and inaccuracies about Elvis and his life with her.

Priscilla cleared up one of the worst rumors concerning their relationship, saying it appears in many books that have been published about Elvis.

Getting Real About Their Romance

According to Priscilla, these books make the claim that her father encouraged her to actively pursue Elvis after he left Germany, which was where he was stationed during his time in the Army.  “That never happened,” she said.

She went on to add that her father actually told her to forget about Elvis once he returned to the U.S., saying that her parents “never expected Elvis to call me.”

Her parents turned out to be wrong. Much to Priscilla’s delight, Elvis did call her, and he shared his worries over returning to his career after being away in the Army.

Why She Wanted To Do This

That rumor is just one of many that Priscilla is forced to reject when it comes to Elvis. Through her presentation, she hopes to inform fans about the truth surrounding his life and the time she spent with him.

“I decided I have to get some truth out there,” she said. “I can’t live the rest of my life knowing this is out there — a lot of it is about our relationship.”

You can listen to Priscilla talk further about her relationship with Elvis in the video below.

What do you think of what Priscilla had to say in this interview? We’d love to hear your thoughts.