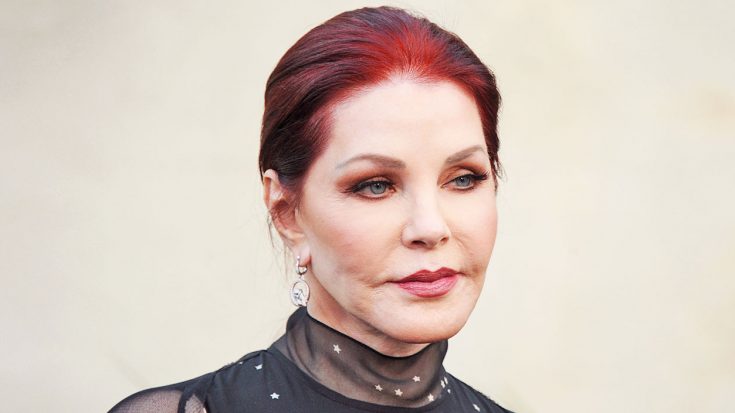 Priscilla Presley was born Priscilla Ann Wagner on May 25, 1945 to her parents Ann and James Wagner. Six months after Priscilla’s birth, tragedy struck when James was killed in a plane crash. As a result, Priscilla never got the chance to know her birth father.

A few years later, Ann married United States Air Force officer Paul Beaulieu. Since Priscilla was so young when James died, Paul was the only father she ever knew. He raised her as his own, and even gave her his last name of “Beaulieu.”

In her autobiography Elvis and Me, Priscilla writes of how she eventually found out that Paul wasn’t her birth father. She said she was digging through an old box of family keepsakes when she discovered that her father was actually James Wagner. After she discovered this secret, her mother encouraged her to keep it to herself, because she was afraid if the other children knew it would “endanger” the bond the family had built.

This discovery didn’t change the amount of respect and admiration that Priscilla had for Paul. Being in the Air Force required Paul and the Beaulieu family to make frequent moves, including one to Germany. It was while she was in Germany that Priscilla met and first fell in love with Elvis Presley, who was stationed in Germany while he was serving in the Army.

Priscilla’s parents were a bit skeptical about Elvis at first, with Priscilla recently telling Closer Weekly that her stepfather was especially concerned about his interest in her. “My father interrogated me!” she said. “He wanted to know, ‘What happened the first night? Why does he want to see you again?‘”

But after Elvis came to their house dressed in full military uniform, Paul was impressed. He ended up talking with Elvis for an hour and a half that night.

In other words, Priscilla’s stepfather played a huge role in her life. She has remained close with him over the years, so it was tough for her to see him suffering here in recent weeks.

As Priscilla revealed through a Facebook post she shared on Saturday (January 6), her stepfather had been in the hospital for four weeks before his family decided to bring him home “where he wanted to be.” Not long after returning home, Paul passed away while surrounded by his loved ones.

“We played his classic Opera CD’s and took turns attending to him throughout the day. He was with our mom who was standing beside his bed holding his hand…when he took his last breath,” Priscilla wrote.

Then, Priscilla revealed what her stepfather’s final words had been. Seeing all of his family members and loved ones gathered around his bedside, Priscilla said he declared, “I’m a lucky man,” before he passed away.

Yes, now, it is true. My father passed at 1:04 p.m.on Thurs. After 4 weeks in the hospital we brought him home where…

It’s clear from Priscilla’s post that she loved her stepfather dearly.

Our thoughts and prayers are with Priscilla and her family during this said time. May Paul rest in peace.