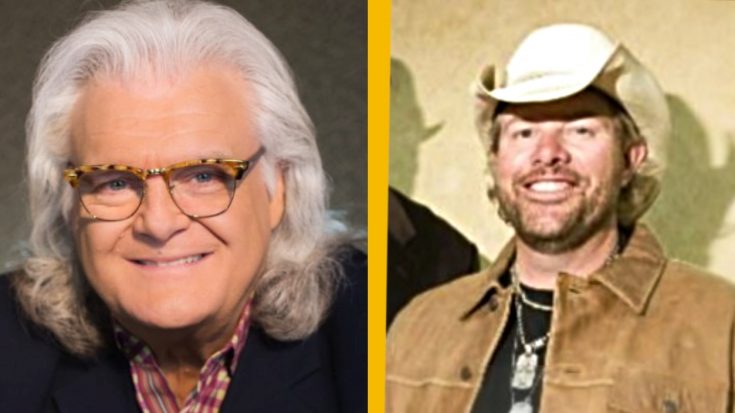 According to the National Endowment for the Arts, the National Medal of Arts is bestowed upon artists who “are deserving of special recognition by reason of their outstanding contributions to the excellence, growth, support and availability of the arts in the United States.”

Both Keith and Skaggs have built enormously successful careers. Keith has released 19 studio albums, five compilation albums, and two Christmas albums with a total worldwide sales of 40 million records. Skaggs has also built a legacy with 12 No. 1 hits and multiple awards, including 14 Grammy wins.

See Sean Spicer’s full post on the medal recipients below.

Skaggs has devoted his entire life to music. He was a child prodigy on the mandolin, and his professional career began when he was still a teenager. Contrastingly, Keith did not take a straightforward path to country music. Instead, the singer spent time in the oil business and playing semi-pro football.

Learn more about Keith’s path to performing in the video below.