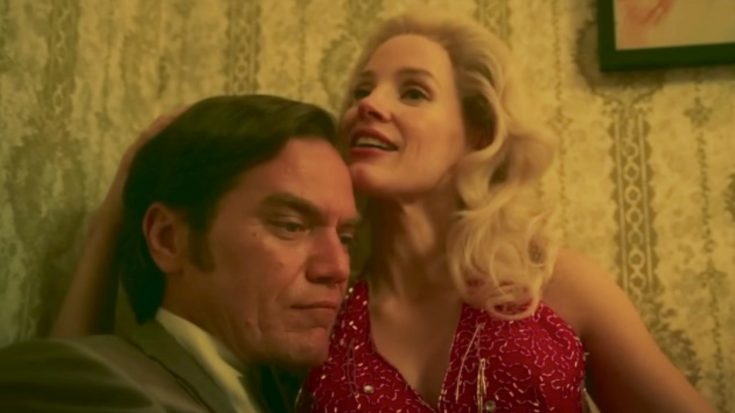 The story of George Jones and Tammy Wynette‘s relationship is the focus of a new Showtime miniseries called George & Tammy. Their daughter, Georgette, has been a longtime champion of the series, which has been in the works for years.

So Georgette was thrilled when the ratings came in for George & Tammy‘s premiere. According to Deadline, the premiere drew in 3.3 million Live+Same Day linear viewers on Showtime, Paramount Network, and CMT.

“…that refers to the combined viewership across the pay cable network as well as the simulcast on the two basic cable nets. No viewership on Showtime only, which would be comparable to previous premieres, is being provided.”

“George & Tammy made history as the most watched Showtime premiere ever, thanks to the mesmerizing performances of [its stars] Jessica Chastain and Michael Shannon. The riveting and complicated tale of the king and queen of county music is a testament to the creative firepower of Abe Sylvia and our incredible partners at Freckle Films and 101 Studios, led by David Glasser.”

Georgette reacted to the ratings news on her official Facebook page. She said:

“I’m so thrilled to say 3.3 million viewers watched our 1st episode which makes George and Tammy the most highly watched premiere in Showtime history! If I’m dreaming, please dont [sic] wake me…..I might not ever stop smiling.”

Georgette said she “prayed for over a decade” about the show. There were “many times” she thought the series would never come to fruition. But after all that time, she’s “so grateful no one rushed or settled” when it came to telling her parents’ story.

“I’m also so happy it’s a 6 episode series instead of a 2 hour movie,” she said. “I’m so proud their story is being so widely watched. Thanks to everyone who has watched and especially thank you to all of you who have been so supportive of me and our family through all of this.”

If you missed the George & Tammy premiere, the episode is available to watch for free on Showtime’s website. Although the premiere aired on Paramount Network and CMT, all subsequent episodes will air exclusively on Showtime.

Did you catch the premiere of George & Tammy?