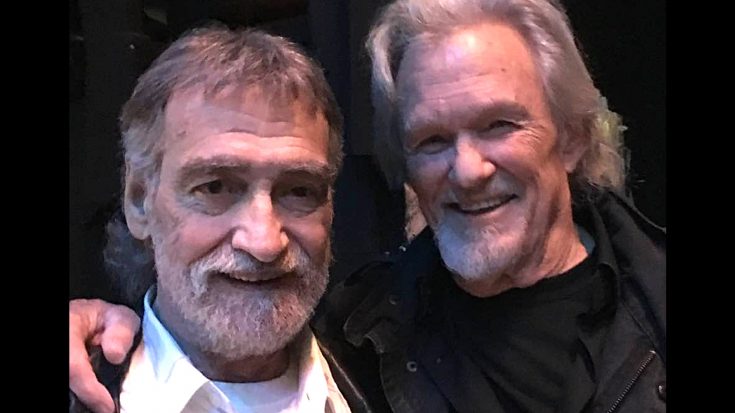 Longtime keyboard player for country icon Kris Kristofferson, Fitts not only played music – but he wrote it. And a lot of it, too!

In 1965, Fitts inked a deal with a Nashville music publishing company and from then on, he saw songs of his cut by some of the biggest names in country music. Dolly Parton, Jerry Lee Lewis, Waylon Jennings, John Prine, Charlie Rich, and many others all recorded songs penned by Fitts.

Outside of writing and playing, Fitts also issued country albums himself. His first album in 1974 – Prone to Lean, was produced with help of Kristofferson himself.

In a tribute to the late Fritts on Facebook, his close friend and fellow musician Gary Nicholson shared the news of his passing.

“Tonight Funky Donnie Fritts, my dear friend and collaborator passed , there aren’t words to describe what his loving friendship has meant to me through the years, so many songs and stories, it’s gonna take awhile to process this one, gotta keep learning how to let go, there’s a lot more coming, still never easy, so glad I got to tell him one more time.”

Tonight Funky Donnie Fritts, my dear friend and collaborator passed , there aren’t words to describe what his loving…

Also mourning the passing of this great contributor to country music was singer Jason Isbell, who tweeted out his own memories of Fritts.

Donnie Fritts was a legend back home, and a guide for many of us when we started writing and making music. I met Prine while working on Donnie’s album, and when I met Kristofferson and Willie all I had to say was “I’m a friend of Donnie Fritts.” Very proud to be able to say that.

Our thoughts and prayers are with all of Donnie Fritts’ family, friends, and fans during this very difficult time.

Watch these videos below of songs Fritts wrote and sang on to get an idea of just how incredibly talented he was.