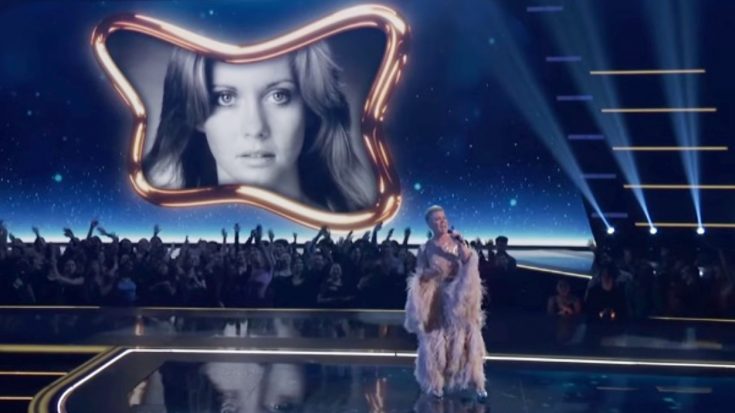 Olivia Newton-John passed away on August 8 at the age of 73. Artists of all genres paid tribute to her following her passing, with many opting to sing her signature song from Grease, “Hopelessly Devoted to You.”

“Hopelessly Devoted to You” was not in the original stage production of Grease. The song was written specifically for Olivia to sing in the 1978 film. It ended up being nominated for Best Original Song at the 51st Academy Awards.

Three months after Olivia passed away, P!nk paid tribute to her by singing “Hopelessly Devoted to You” at the American Music Awards on Sunday night (November 20).

P!nk got the chance to interact with Olivia a few times over the years. She treasured those experiences, as she told KABC on the red carpet before the AMAs started:

“I had the pleasure of being around her several times and she was as darling as you would imagine,” P!nk said. “She was such an icon, and it’s a really big honor to be able to sing her.”

P!nk’s respect for Olivia shone through in her performance of “Hopelessly Devoted to You” during the ceremony. Her stunning performance was complemented by photos of Olivia through the years, which played on a screen behind the stage.

If you missed P!nk’s performance during the AMAs, be sure to check it out in the video below. It was beyond beautiful!