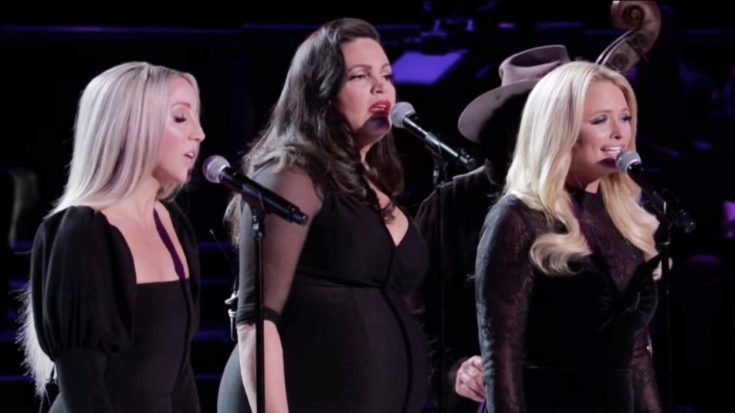 There may have been a Presley on stage at the Elvis Presley All-Star Tribute, which aired Feb 17, 2019, but she is no relative to The King.

Angaleena Presley is one-third of the girl band Pistol Annies with Miranda Lambert and Ashley Monroe. Despite popular belief, she is not related to Elvis. In a previous interview with American Songwriter, she praised him, saying, “He is absolutely the hottest thing that the good Lord ever created. He changed the face of music, and I feel much gratitude for his courage and unwillingness to compromise in the hostile climate in which he began to shake his money makers.”

Angaleena isn’t the only member of Pistol Annies who feels this way about Elvis.

Prior to filming the all-star tribute, Ashley said, “I feel like I’ve always known who Elvis was. I feel like I was born knowing Jesus and Elvis, it was just in me, you know,” before revealing she has his name tattooed on her body.

“I feel like I was born knowing Jesus and Elvis…” Get ready to see Pistol Annies honor ELVIS PRESLEY on the NBC #ElvisAllStarTribute this Sunday by listening to an Elvis Spotify playlist here: Elvis.lnk.to/ListenPi/spotify!20190215

They took their love of Elvis to a new level when they performed “Love Me” at the Elvis Presley All-Star Tribute, which featured other performances by Carrie Underwood, Darius Rucker, Keith Urban, Blake Shelton, and many more.

Dressed in all black, the ladies put their best foot forward to honor the man who they’ve loved their whole lives.

The Annies are performing the ELVIS PRESLEY classic "Love Me" on the #ElvisAllStarTribute show!? Airs Feb 17 on NBC ??: Alberto Rodriguez / Getty Images

“Elvis first cut ‘Love Me’ for his second album way back in 1956,” Angaleena said introducing the song. Miranda followed by saying, “Elvis sang this song by [famed songwriting pair] Leiber and Stoller on his ’68 special and he kept singing it right until his last tour in the summer of 1977.”

Ashley added, “We love this song, and hope you love it too. This is for Elvis, who the whole world was loving 50 years ago.”

Backed by two guitarists and a stand-up bassist, Ashley, Angaleena, and Miranda sang pitch-perfect three-part harmony as they swayed back and forth in unison throughout the entire performance.