Photos Of 7 Country Singers In Their Younger Years 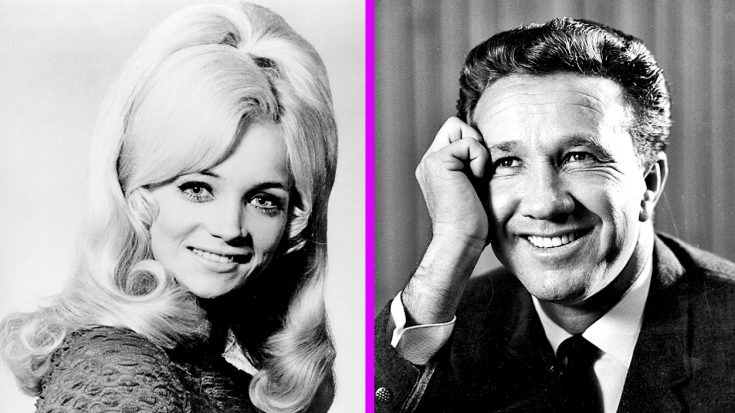 All country artists seem to have a signature “look” that they are known for. Take Willie Nelson as an example. He’s the man with the long braids, bandana, and beard. But that wasn’t always the case.

For those of you who have never seen a photo of Nelson when he was younger, you wouldn’t even recognize him. That’s how different he looked!

Nelson is probably one of the most obvious examples when it comes to country singers who drastically changed their look later in their career. But he’s not the only one to do so, as others have departed from the looks of their younger years by simply growing older or by making a change in style.

Today, we want to see if you can recognize some of your favorite country singers solely by looking at a photo from an earlier stage of their life. We’ll give you one written hint as to who the artist is, but that’s it.

Once you look at that image, keep on going to find out who the artist was, and what they went on to look like. If possible, we’ll also give you a little bit of background information on the younger photo of the artist, such as when and where it was taken.

We have a feeling that some of these photos will leave you seriously stumped!

In a way, this fella used to look like Chris Stapleton with a shorter beard. But it’s obviously not Stapleton, because this photo was taken when he was only two years old. He certainly wasn’t sporting full-on facial hair and jamming on a guitar at that age.

The artist in this photo was actually 40 when it was taken, and he was certainly rocking that stage! This is your hint: he was a multi-instrumentalist, and is probably most well-known for playing an instrument other than the guitar.

It seems like Charlie Daniels has always been known as the man with the snow-white beard, balding head, and a pair of glasses. But while that’s the person that most people now think of when they think of Daniels, he obviously didn’t look like that when he was younger!

Though if you take a glimpse back at the photo of him from earlier days, it’s now pretty easy to tell that it was him in the picture. Plus, he was even sporting his signature giant cowboy hat way back at that time!

That photo was taken on January 31, 1975 while Daniels was performing at the Academy of Music in New York City. That same month, he released a new single titled “The South’s Gonna Do It,” and it went on to become one of his biggest hits.

Here’s one that might be a little bit trickier for y’all. This photo is undated, but it’s obvious to tell that it came from the earlier stage of this artist’s career. If you think she looks young, it’s likely because she was.

Like we said, we have no idea what year this photo dates to, but we’d have to assume it’s from the 1970s. To go along with that, here’s your hint. This artist may have only been a teen at the time this photo was taken!

From Dolly Parton to Loretta Lynn, female country artists were some of the strongest voices on country radio during the 1970s. Another powerful female voice came from Tanya Tucker, who was much younger than her counterparts.

Tucker was only 13 when her debut single, “Delta Dawn,” was released in 1972. As a teen, she continued to dominate the country charts with number one hits such as “What’s Your Mama’s Name” and “Blood Red and Goin’ Down.”

Since she was so young at the time that one photo was taken, Tucker definitely still had a bit of a youthful look. It’s often hard to tell who a person is based on their childhood or teenage photos, so we thought showing you that one of Tucker would present you with a challenge!

Can you figure out who the dashing fella is in this picture? This photo is the oldest one we’ve shown you so far, which may make it even harder for you to determine who the artist is.

Think about it for a little bit. Alright, are you done? Need a hint? While he may be clean-shaven in this photo, this artist is famous for sporting a mustache later on in his career.

The Marty Robbins you see in the video above is probably the look that comes to mind when you think of the “El Paso” singer. But like many other artists, Robbins eventually came to adopt a bit of facial hair, and it changed his look quite a bit.

Robbins’ mustache ended up becoming a signature part of his look, which is why it’s a bit shocking to see him without one. We don’t blame y’all if you weren’t able to figure out that it was him in the photo that we showed you earlier!

That portrait was actually taken during a photo session way back in 1955. Robbins was already an established star at that time, with hit songs under his belt such as “I’ll Go On Alone” and “I Couldn’t Keep from Crying.”

Who in the world is that clean-cut, guitar-slinging man? Believe us, you know who he is, it’s just likely that you don’t recognize him in this photo. We don’t blame you!

You can see a hint of the artist country fans came to know and love in that face, which you may be more used to seeing covered up with a scruffy beard. Consider that your hint!

We suspect that those of you who didn’t know that picture was of Willie Nelson are now jumping back to look at it in disbelief. We know, we know, that shiny-shoed man smiling back at you doesn’t look anything like the “Red Headed Stranger” as we know him today.

We don’t have much information about the photo we showed you, except for the fact that it was a portrait taken around 1965. He certainly looked quite professional!

Once he started growing out his hair, Nelson came to be known for his beard and braids almost as much as his music. If you have a look that recognizable, it’s easy to see why people would forget what you were like in your younger years!

As Dolly Parton likes to say, “The higher the hair, the closer to God.” This photo isn’t of Parton, but it is of another female artist whose career (and hair volume) flourished around the same time.

Also like Parton, this country superstar got her start in the business while she was still a child. That’s your hint!

Hiding underneath all that hair was none other than Barbara Mandrell. Perhaps best known for her hit “I Was Country When Country Wasn’t Cool,” Mandrell is now regarded as one of the greatest country music singers and musicians in history.

The photo of Mandrell that we showed you was a portrait taken on an unspecified date in 1970. She would have been no older than 22 at the time.

Now that you think about it, not much has changed about Mandrell appearance-wise over the years. She has changed up her hairstyle a few times, and we thought the one in the photo we showed you was one of the most dramatic. That may be why some of you didn’t recognize her at first!

If you can guess this one correctly without a hint, then you are a country music master. But we have a feeling that this photo will leave even the most devoted country fans scratching their heads.

Hint time…in addition to changing up his look, in later years this artist switched up his musical style. The combination of his “new” look and music led to his image that most people know best today.

Are y’all surprised? We fully expect you to be!

Other than the fact that it was taken in 1970, we don’t know anything about that photo of Hank Williams Jr. that we just shared with you. Well, except that he looked nothing like the Hank we know today.

After suffering a terrifying fall off of Ajax Peak Mountain in 1975, Williams spent two years in recovery and underwent a number of surgeries. Once he recovered, he grew a beard and began wearing sunglasses to hide the scars on his face.

What started out as a way of covering some scars turned into Williams’ signature look. Now, when country fans are asked to describe him, it’s that rough and rowdy image they think of!

This is the last photo we have for y’all to look at! So if you weren’t able to figure out any of the others, this is your final chance to get one right.

So who’s that handsome fella staring right at you in this photo? That’s for us to know, and for you to guess!

While he certainly looks pretty cleaned up and straitlaced in this photo, this artist was (and continued to be) one of the most rebellious artists that country music had ever seen. He made his music his way, and made himself famous for doing so.

We think that’s a good hint!

Amazing how much something as simple as a beard and longer hair can change a person’s appearance. When you think “Waylon Jennings” the image in this video is undoubtedly the one that comes to mind. It just screams “outlaw,” whereas his looks in his younger years didn’t have quite the same effect.

The photo we showed you of Jennings, like several of the others in this list, was taken in 1970. That’s the extent of what we know about it, that, and the fact that he was giving us some serious Johnny Cash vibes with that slicked back hair.

There you have it folks…you made it to the end of our list! Be sure to comment and tell us which photos left you the most puzzled or surprised!