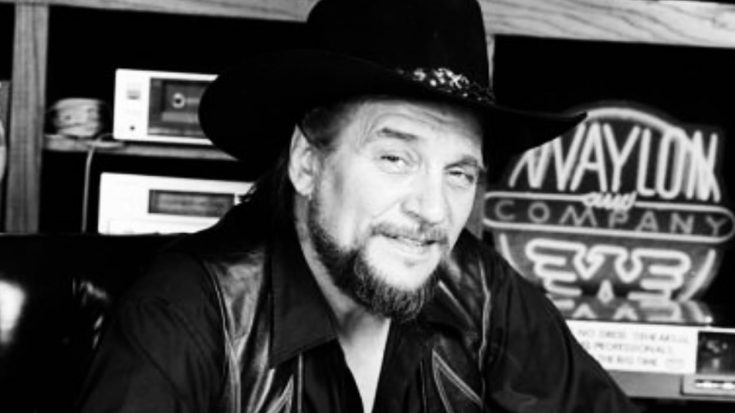 If you don’t already follow Waylon Jennings‘ official social media accounts, you definitely should. The accounts are the perfect place to revisit some of your favorite Waylon photos and videos.

And sometimes, you may even come across a photo or video that you’ve never seen before.

One such example is the below photo of Waylon with his son, Shooter (his mama is another outlaw country legend, Jessi Colter). Waylon’s Instagram shared the priceless photo of father and son wearing matching outfits in honor of Father’s Day 2019.

Many of the photos shared on Waylon’s pages show him with other artists. As one of the leading voices in the country music industry for multiple decades, Waylon got the chance to meet and interact with artists of multiple generations.

For example, did you know that he once met Faith Hill back in the day? That moment was captured in a rare photo also shared to his Instagram.

Looking at this photo, you have to wonder what Waylon said to prompt such a hysterical reaction from Faith!

“A young @faithhill talking to @officialwaylon . This is from the Maverick Video Feb. 23rd, 1994.” – Photographer @bgtennessee

But if you thought that photo was rare, just wait until you see the next one.

Many people only recognize Waylon as the bearded outlaw you see in the two photos above. It only makes sense, because that was the “look” Waylon sported from the peak of his career up until his untimely passing in 2002.

Though believe it or not, there was a time in his life when “Hoss” always appeared clean-shaven, though photos and videos from that era are few and far between.

His official Instagram shared one such photo of a young, fresh-faced Waylon enjoying some quality time with his children, Julie and Terry (who have both sadly passed away as well).

In addition to appearing clean-shaven, Waylon is also shirtless in the photo…and we don’t believe we’ve ever seen him like that before!

We’re going way back this #WaylonWednesday with a young Hoss and his children Julie and Terry ! [ Photo : @shopmidnightrider ]

No wonder why so many people thought that “Hoss” was a hunk back in the day!

If you got a kick out of seeing that rare photo of a young Waylon, then we’re sure you’ll love the performance in the video below. It hails from around the same time in his life, before he started sporting a beard and became the gruff and tough outlaw everyone came to know and love.

No matter what he looked like, Waylon always was a “Brown Eyed Handsome Man”!