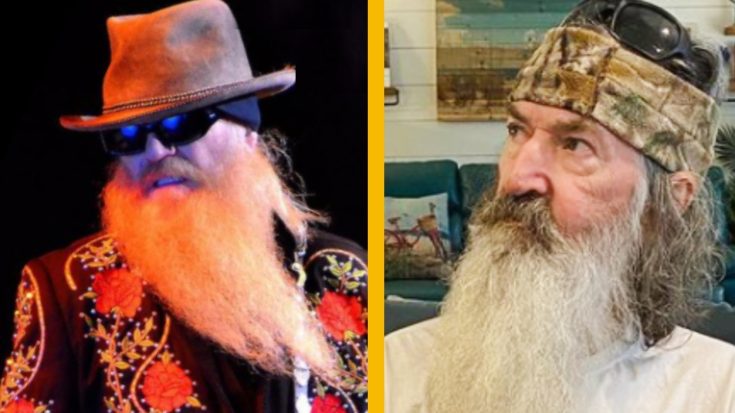 Phill Robertson delivered the eulogy at Dusty Hill’s funeral, and now, the former Duck Dynasty star is opening up about what he said in the speech.

Dusty Hill was best known as the bassist for the Texas blues-rock trio ZZ Top. The Texas native was born May 19, 1949, and died Tuesday, July 28, 2021. A representative for Hill confirmed the sad news in a statement obtained by Rolling Stone. The rep also revealed that Hill’s cause of death is unknown at this time. He was 72.

According to Fox News, Robertson, 75, was requested to speak at the bassist’s wake by Hill’s wife. ZZ Top connected with the Robertson family, and the band’s hit song “Sharp Dressed Man” became Duck Dynasty’s theme song.

On Wednesday, Robertson revealed part of his speech during his “Unashamed” podcast. The former reality star focused on a verse from the Bible that promises believers eternal life. He explained:

“When Jesus shows up, he’s bringing Dusty back with all the rest of them and they’re going to be reunited with a resurrected body and they will live forever.”

Robertson revealed that Hill’s wife expressed that Hill passed away “out of the blue.” He also explained that the wake was a small celebration of life with Hill’s close friends from the music business.

Listen to the full podcast in the video below.