Why Cher Turned Down A Date With Elvis Presley 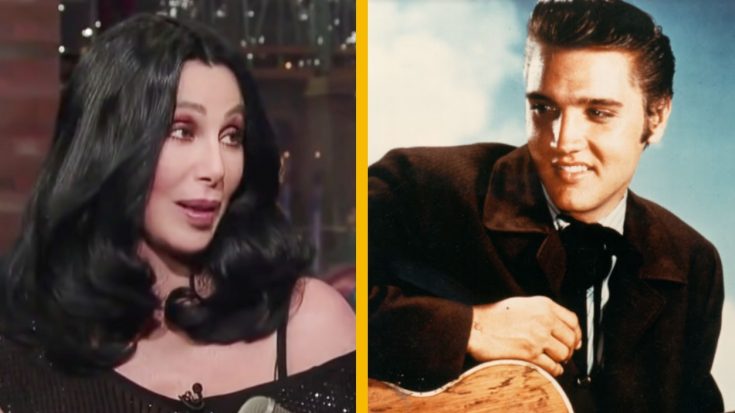 Everyone has heard about Sonny and Cher, but what about Elvis and Cher?

Cher had a very public relationship with her ex-husband and duo partner, Sonny. The couple was very beloved by the public; however, their relationship eventually ended after eleven years of marriage. Following the divorce, Cher was “excited” to date again, but in an interview on the Late Show with David Letterman, she expressed one regret in her love life.

During the interview, Letterman began to list off a series of celebrity names that Cher was rumored to have dated. At one point, the host threw Elvis’ name into the mix, and Cher quickly set the record straight. Cher explained that she “almost” dated Elvis, but she was too “nervous” about accepting an invitation from the King. Cher revealed:

“I was about to do it and thought ‘No, I don’t want to. I’ve regretted it ever since!”

While Cher ultimately decided that she was not comfortable pursuing Elvis, she now looks back and wishes she had made a different call.

Check out the full interview in the video below.