People Can Visit A Bonanza Steakhouse Before They Permanently Close 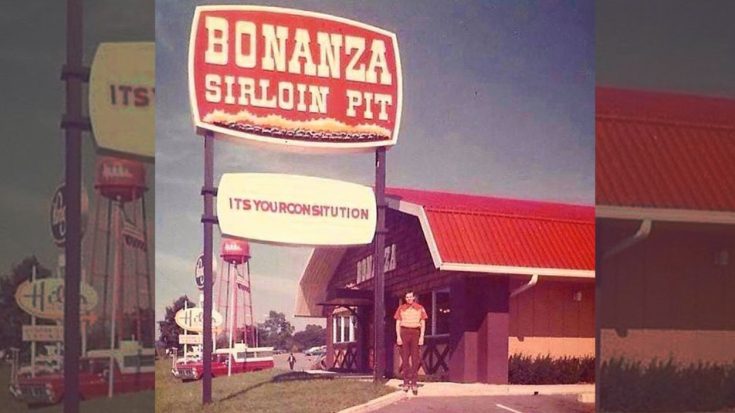 We’re sure you’ve heard about Bonanza

It’s the second-longest-running western series on U.S. network television. And if so, maybe you’ve heard about the Bonanza Steakhouse? Both are related and we’re about to break it down to you.

Bonanza is a western tv-show that’s ranked within the top 10 longest-running, live-action American series ever in America. It features the Cartwright family, which has three sons, one of them being Eric “Hoss” Cartwright, who was played by actor Dan Blocker. The show ran on NBC from September 12, 1959, to January 16, 1973.

After the great success of the show, Dan Blocker opened his first Bonanza restaurant in Westport, Connecticut in 1963. Within twenty-six years, 600 more restaurants were opened across the country.

The steakhouse offers an all-you-can-eat salad bar and much more. It’s also known for “the flavor of the old west in its grilled-to perfection steaks,”  says Bonanza / Ponderosa website.

At the same time in 1965, Ponderosa Steakhouse was founded by three men who participated in the launch of the Bonanza Steakhouse. They initially targeted the Canadian market before expanding to the American market after the recession.

Both Ponderosa Steakhouse and Bonanza Steakhouse merged together in 1997, under a chain’s parent company, Metromedia Steakhouses Company. The parent company filed for bankruptcy in 2008 and reorganized its activities under its current name Homestyle Dining LLC.

Most of the Bonanza Steakhouse restaurants have closed and are rapidly closing around the U.S. every day. So if you dearly loved the show or you want to experience some nostalgic good times, go eat at one of the last Bonanza Steakhouses before it’s too late!

Learn More About The Bonanza Steakhouse Below