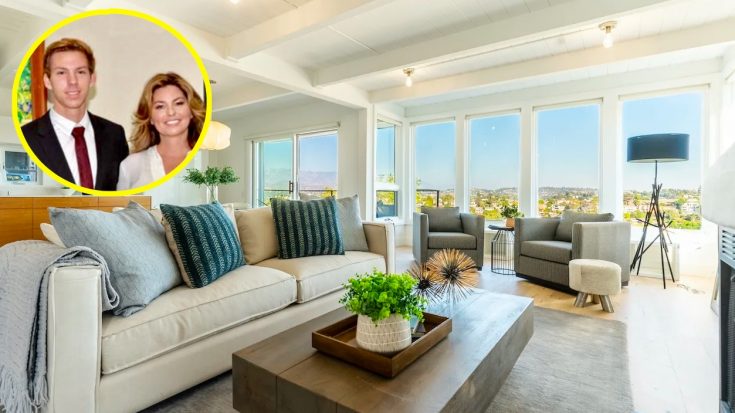 Shania Twain’s only child is officially branching off on his own. Eja Lange, the country singer’s 19-year-old son with ex-husband Mutt Lange, has purchased his first home and it’s a long way from any property his mom owns.

Twain’s main residence is in Corseaux, Switzerland. She also has properties in Canada and the Bahamas and used to own compounds in New Zealand and the West Indies.

Eja (pronounced Asia) was born in August 2001 and just last year, Twain opened up about his career path.

“He’s very passionate about making music, creating music, composing music,” she told Entertainment Tonight. “He doesn’t have this desire to be on stage. I’m not sure if he would ever go in that direction. He’s following more in the footsteps of creating the music. He loves to orchestrate music. I’m very happy for him.”

Seeing as he wants to pursue a career in the music industry, and has already released an EP, it makes sense that he is moving to Los Angeles, according to a report from The Dirt.

The publication reports that records show Eja purchased a home in the Loz Feliz area of Los Angeles for $1.8 million. The real estate agent who sold Eja the home posted about the sale on his Facebook page and described the 2,304-square-foot home as having 3 bedrooms, 2.5 baths, hardwood floors, a private balcony in the master suite, and many more amenities.

You can view a slideshow of the property here.