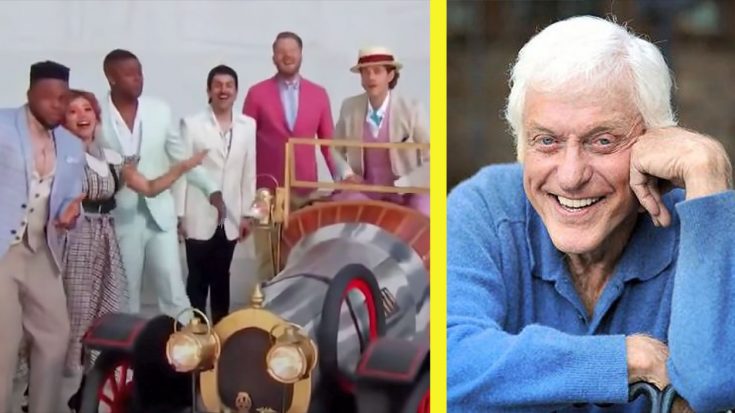 The 43rd Annual Kennedy Center Honors ceremony showed reverence to those who have achieved a lifetime in the entertainment industry on Sunday, June 6, 2021. Every year, the Washington D.C.-based award ceremony picks a handful of esteemed artists to honor, as other artists perform some of their notable works in tribute to the invaluable impact they’ve had on the arts industry.

They sang next to a vintage car and wore clothing similar to that of the 1968 movie, Chitty Chitty Bang Bang where Van Dyke famously portrayed Caractacus Potts.

In addition to Van Dyke, Garth Brooks, Joan Baez, Debbie Allen, and Midori were also honored this year. The five prestigious performers took their seats in the audience as they watched renditions of their work done by others who have been inspired by their work over the years.

Watch the entire performance by Pentatonix below!