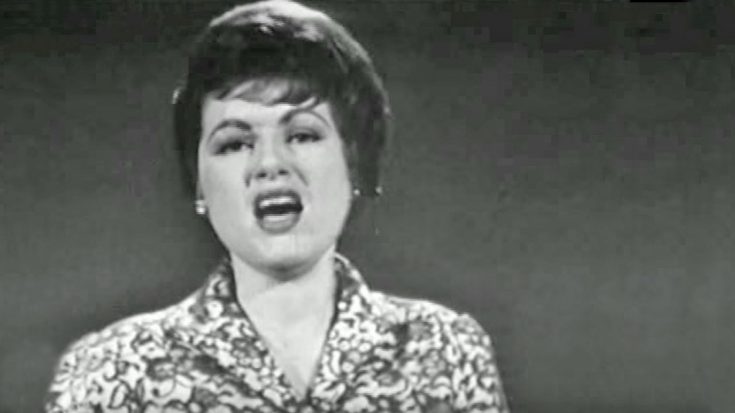 Just ten days before her untimely passing, Patsy Cline performed her hit song “I Fall To Pieces” on the Glenn Reeves Show.

No one would know it would be her final televised performance of the song until the fateful night of March 5, 1963. On March 3, 1963, Cline performed a benefit concert at the Soldiers and Sailors Memorial Hall in Kansas City, Kansas. Other performers included Dottie West, George Jones, Cowboy Copas and many more.

Cline planned on flying home the next day, but due to foggy skies, no flights were going in or out of the airport. She was forced to stay one more night and take off on March 5th. Her plane tragically crashed just 90 miles away from their Nashville destination.

“My God! She sings like an angel, and she looks like one,” recalled good friend Dottie West on watching Patsy’s last performance. “She sang the fire out of [‘I Fall To Pieces’] — like it had never been sung. She was really happy that day.”

In the years since the crash, Patsy’s reputation has catapulted, not just in the realm of country, but in popular music as well. Although she only achieved two number one songs in her career, which were “I Fall To Pieces” and “She’s Got You,“ she released so many beautiful songs that have truly stood the test of time.

This footage has and will go down in history as the final footage of Cline singing “I Fall To Pieces.” She is hands down one of the best voices that country music has ever seen. Watch the video below.