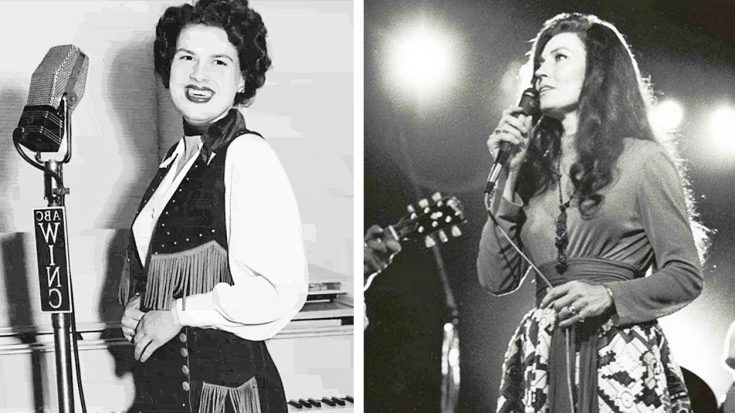 The friendship that changed country music forever is finally getting its Hollywood recognition. Following the story of country queens Patsy Cline and Loretta Lynn, true fans will get to see inside their uplifting relationship.

Lifetime has officially announced their creation of the original movie, Patsy & Loretta. Focusing on the friendship between Cline and Lynn, the storyline will unravel just how these two legends found their way to each other and all the greatness that came from their introduction. Broadway icons Megan Hilty (as Cline) and Jessie Mueller (as Lynn) will be portraying country music’s favorite ladies.

When the pair met, Cline was one of the biggest names in country music while Lynn was still trying to find her place in the industry. Instead of viewing Lynn as upcoming competition, Cline took the aspiring star under her wing. It didn’t take long before the two singers were inseparable. Cline began teaching Lynn how to do her hair, makeup, and dress so she could make it in Nashville. Lynn joked during a PBS interview,

“She’s given me a lot of clothes. That might’ve been what she was tryin’ tell me ‘dress better’.”

Soon Cline and Lynn were dominating the country music industry. The powerhouses became close friends, began touring together, found a bound over their husband troubles.

But it was a tragic day on March 5, 1963, when Cline was killed in a plane crash at age 30. Despite losing her mentor, Lynn continued to bloom in the business – honoring her dear friend. Today, Lynn is known as the Queen of Country Music and she continues to leave an unforgettable mark. Lynn still thanks Cline for their friendship and all that she did for the young talent.

Helping bring the story to life are Cline and Lynn’s respective daughters, Julie Fudge and Patsy Lynn Russell. The daughters are set to co-produce the film.