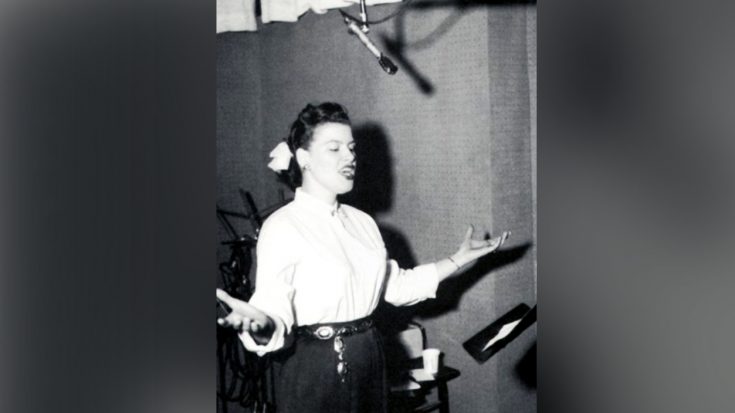 Rolling Stone recently released its updated 200 Greatest Singers of All Time list. The list was first published in 2008, and only featured 100 singers at the time.

The updated list for 2022 “encompasses 100 years of pop music as an ongoing global conversation.” Rolling Stone stated, “what mattered most to us was originality, influence, the depth of an artist’s catalog, and the breadth of their musical legacy.”

Several country artists landed on the list, including Willie Nelson, Dolly Parton, Hank Williams, George Jones, and Carrie Underwood. Though no country artist ranked higher on the list than Patsy Cline, who landed at the 13th spot.

“…her strong yet supple voice is why she remains the standard-bearer for aspiring heartbreak chroniclers in Nashville and beyond,” Rolling Stone wrote about Cline.

The outlet went on to say:

“..the nuanced way she interpreted her lovestruck material…gave her performances emotional heft, and it’s a big reason why she’s still plucking heartstrings…“

The team behind Patsy Cline’s official Facebook page celebrated her inclusion on the 200 Greatest Singers of All Time list. They said:

“We’re still over the moon about this news! It’s amazing that after so many years, she’s still being honored and remembered. A big thank you to everyone one of you that continues to support Patsy’s legacy by playing her music, visiting The Patsy Cline Museum in Nashville, visiting the Patsy Cline Historic House in her hometown of Winchester, VA and even just singing along when you hear her songs!“

The team behind Cline’s Facebook page said seeing her rank so high on the 200 Greatest Singers of All Time list was “a great way to start off the New Year…” You can see their full post below.

We’re so happy to see Cline getting the recognition she deserves!