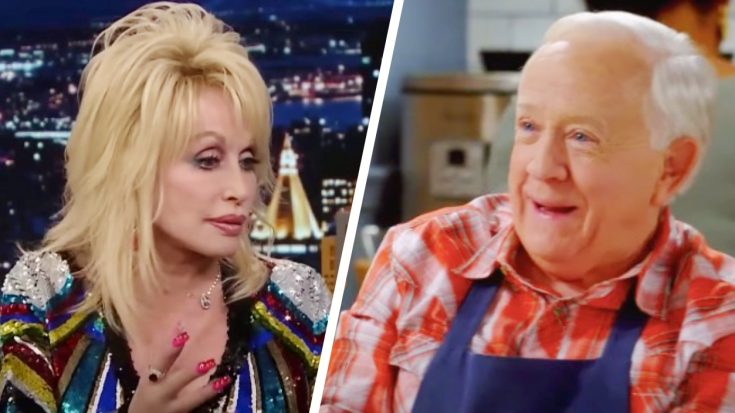 Actor and singer Leslie Jordan passed away unexpectedly on October 24, 2022. He was 67 years old.

Jordan had many friends in the country music community. He shared a strong bond with Dolly Parton, who called him her “lil’ brother.”

After Jordan passed away, Parton honored him with a touching message:

“Well I am as hurt and shocked as if I have lost a family member. Leslie and I had a special bond, I think the world felt they had a special bond with him. I know people always say “Oh, they will be missed” but in this case that could not be more true. He will be missed by everyone who knew him personally and by everyone who was entertained by him. Rest in peace lil’ brother.”

Jordan was actively starring on the sitcom Call Me Kat at the time of his death. He played the character Phil, the head baker at Kat’s cafe.

The cast of Call Me Kat put together a special tribute to Jordan during the show’s winter premiere. First, the show gave Phil a happy send-off. Before Jordan died, his character Phil had gone to Tahiti with his boyfriend, Jalen. So during the winter premiere, Phil’s mom Larlene explained that Phil decided to stay in Tahiti, and he bought a bakery there with Jalen.

The show goes on to explain that Phil and Jalen got married during a wedding that occurred off-screen. All of the other main characters attended the ceremony.

After giving Phil that sweet sendoff, the cast broke character to honor Jordan. They carried out the chair he used between takes and draped one of Phil’s signature blazers over it. Mayim Bialik, who plays Kat, said:

“What we’ve done here is given Phil a happy ending. What we’re really doing is mourning the loss of our dear friend, Leslie Jordan. He is irreplaceable. We will miss him very much.”

Parton also appeared on Call Me Kat to pay tribute to Jordan. She started off singing a portion of “Where the Soul Never Dies,” which is a song she recorded with Jordan for his 2021 album.

She then said a few words about her beloved friend:

“I know usually at a memorial, people talk about somebody. Well, I’m going to talk to you,” she said. “Because there is that place on the other side, and I’m certainly going to see you there, little brother. You left a lot of people here with a lot of precious, precious memories. Everybody loved you, but I doubt many of them loved you more than I did.”

After Parton spoke, the show played a montage of Jordan’s most memorable moments on Call Me Kat. The montage was set to his and Parton’s “Where the Soul Never Dies.”

You can watch both Parton’s tribute to Jordan and the Call Me Kat cast’s tribute to him here. Parton’s video is at the top of the article, and the cast’s is near the bottom. When you’re done, click “play” on the clip below to listen to Jordan and Parton’s “Where the Soul Never Dies” duet.

It’s obvious that Jordan is so dearly missed…