Patsy Cline Has A Lost Christmas Song Called “Christmas Without You” 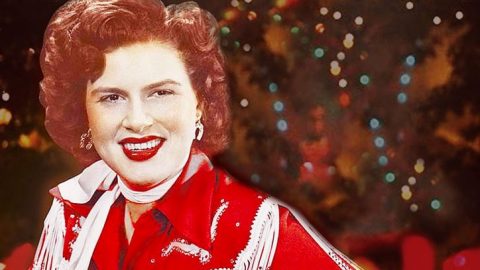 Patsy Cline was, and still is, one of the most influential figures in country music. Her songs continue to inspire artists of all genres, with many citing her as one of their idols.

Cline’s longstanding legacy is all the more remarkable when you consider the fact that she only released three albums before her death in 1963. But those albums produced some of the most iconic country songs of all time, including “Crazy,” “I Fall to Pieces,” and “She’s Got You.”

Before she died, Cline had accumulated a collection of recordings that have since been placed on numerous posthumous albums. However, there was one song she had always intended to record but never got the chance to do so.

The Song She Always Meant To Sing

The song remained lost to fans for decades. Finally, one indie artist somehow uncovered the song and shared it with the world, just as Cline had always wanted to do.

Luanne Hunt describes herself on her website as an “award-winning, Grammy-balloted recording artist from Southern California.”

At some point, she came across Cline’s long-lost Christmas tune and learned about the story behind it.

She lays out this story in a video on her YouTube channel. In the summer of 1960, Cline felt like it was time for her to record a Christmas song for her fans to enjoy. She asked two of her favorite songwriters, Lawton Jiles and Buster Beam to write a song for her, and they happily obliged. The song they ended up writing was called “Christmas Without You.”

If She Asked For It, Why Did Patsy Never Sing It?

Cline fell in love with the song right away, but her record label wasn’t on the same page. They wanted to change it up and make it more of a love song, with no Christmas theme to it at all.

That’s what ended up happening, and “Christmas Without You” became “How Can I Face Tomorrow?,” which experienced little chart success.

Jiles and Beam remained hopeful that another artist would record the song in its original form someday. In 2011, Hunt did just that, and Cline’s lost Christmas song finally came to life.

Hunt’s recording was a worldwide phenomenon when it was released. It was featured on three Best of Holiday Songs lists in publications such as Truckers News and hit number one on the European Country Music Association chart in France, Denmark, and Austria.

Even though “Christmas Without You” was originally Cline’s, Hunt didn’t try to sound like her when she recorded it. It seems that was the appropriate choice, since Hunt’s soft, angelic voice is the perfect fit for the song.

Above all else, Hunt hopes that she made Cline proud with her recording. “I’ll never forget the day I recorded this song,” she said. “I was standing at the mic in tears hoping Patsy was smiling down on me.”

We’re sure she was. Tune in to the clip below to learn more about the story behind Cline’s lost Christmas song, and to hear Hunt bring it back to life with her beautiful voice.