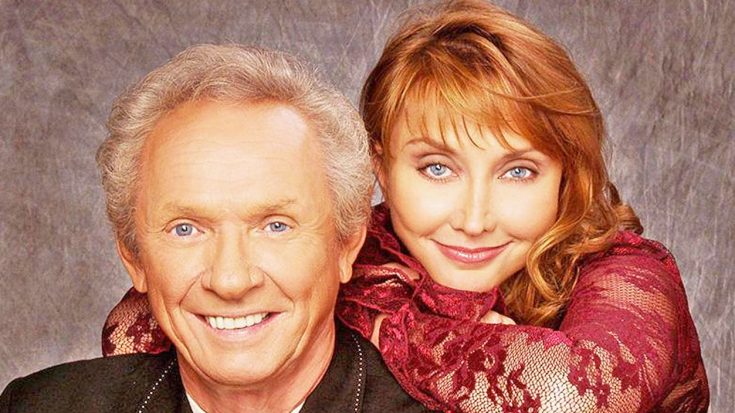 Legendary country singer Mel Tillis passed away early Sunday morning (Nov. 19) at the age of 85. He had been battling intestinal issues since 2016 and never fully recovered. He is survived by his six children, six grandchildren, a great-grandson, his ex-wife, his longtime partner, and many lifelong friends.

Pam Tillis, who had hits like “Maybe It Was Memphis” and “One of Those Things,” and Mel (Sonny) Tillis Jr., who had success as a composer and a songwriter for artists such as Reba McEntire, Ned LeDoux, and Ty Herndon, proved that the apple didn’t fall far from the tree by pursuing careers in country music.

Pam had an extremely close relationship with her father, often posting photos of the two together on her social media pages. After his passing, as tributes from many country singers poured in on social media, fans were patiently waiting for Mel’s biggest fan to break her silence. She did so late Sunday night with two very sweet photos of the father-daughter duo sharing the stage.

“I am having to process and deal with family matters, we are so grief stricken, please keep us in your prayers, we will be announcing the date for an end of life celebration. I am awed and humbled by his legacy and the out pouring of love and support we are receiving,” she wrote on Facebook.

I am having to process and deal with family matters, we are so grief stricken, please keep us in your prayers, we will…

In addition to posting this moving tribute to her father, she also changed her profile photo and cover photo on her Facebook page to vintage pictures of Mel.

Our thoughts and prayers go out to Pam and her family as they grieve this devastating loss. Watch them duet to “Waiting on The Wind” below.