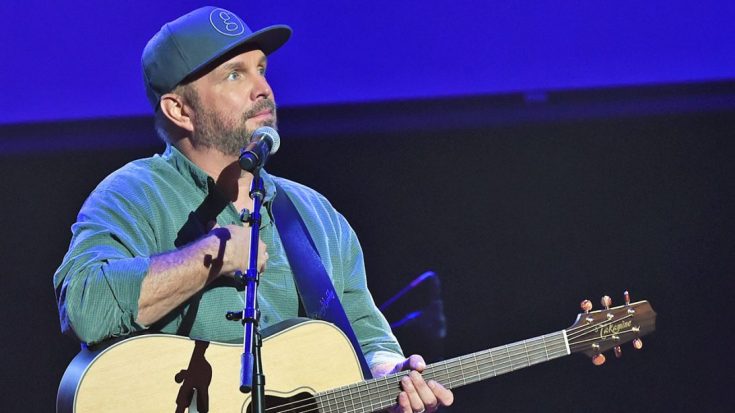 The American Music Association dubbed Garth Brooks “The Artist of the 90s” and he is the second best-selling recording artist in the United States, yet he’s still shocked when people know all the words to his songs.

During a live performance of Brooks’ hit “Unanswered Prayers,” he laughed in between lyrics, seemingly in awe of the crowd singing along.

“Unanswered Prayers” was released in October of 1990 as the second single from his album No Fences and it hit number one on the Billboard Country charts in 1991.

25 years ago Garth Brooks was #1 on the Billboard country chart with "Unanswered Prayers." #MusicIsLife pic.twitter.com/VQVUEjVyZM

The song tells a true story of when he brought his then-wife, Sandy, home to his high school’s football game and they ran into his high school sweetheart, the woman Brooks thought he was going to spend his life with.

He reminisces about their relationship and realizes that they both have changed and he is with the woman he is supposed to be with. Although this song was inspired by Brooks’ first wife, Sandy, he still sings it to this day at all of his concerts.

It is such a beautifully romantic song and the lyrics “as she walked away and I looked at my wife/And then and there I thanked the good Lord/For the gifts in my life” make you want to find a love like that.