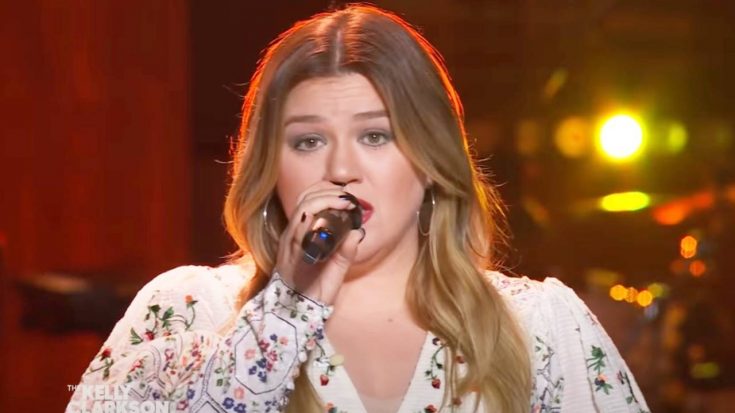 On Monday, March 7, Kelly Clarkson delivered the most-talked about performance of the 2022 ACM Awards. She performed a tribute to Dolly Parton and the late Whitney Houston, with a moving rendition of “I Will Always Love You.”

Clarkson’s performance earned a wealth of praise from viewers. “That was one of the most beautiful renditions of ‘I Will Always Love You’ I have ever heard,” wrote Twitter user Matthew Schmidt.

That was one of the most beautiful renditions of “I Will Always Love You” I have ever heard.#ACMawards

Parton was the host of the ACM Awards, so she had an even better view than front row – she was watching from backstage. She walked out once Clarkson was done and told the crowd:

“I was backstage trying not to cry my false eyelashes off, slinging snot in every direction and tears,” Parton said. “But anyway, that was an amazing job!”

Parton also referenced the late Whitney Houston, who famously covered “I Will Always Love You.”

“I know that Whitney is smiling down on us tonight, so thank you very much. She would be proud of that,” Parton said.

Just one week later, Clarkson paid tribute to Parton again, but this time during the “Kellyoke” section of her Emmy-winning daytime talk show, The Kelly Clarkson Show. The Voice coach unleashed a cover of Parton’s hit “Jolene.”