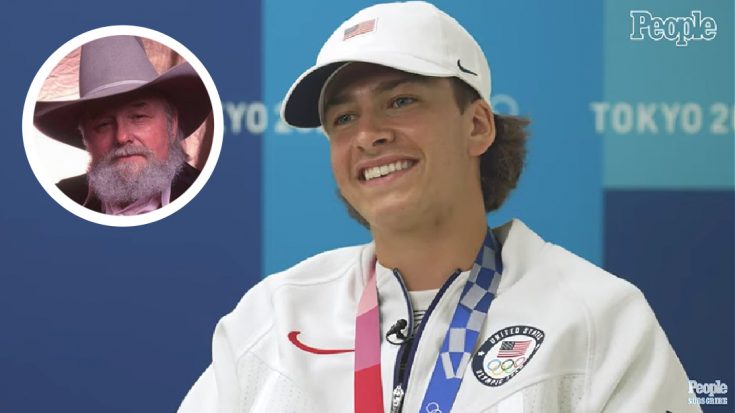 Jagger Eaton. If you don’t know the name, you will soon. The 20-year-old Mick Jagger namesake became the first American to medal in skateboarding at the Olympics and he did so with a broken ankle.

In an interview following his bronze medal-winning run, Eaton answered the question we were all wanting the answer to. What was he listening to in his ear pods during his epic Olympic run?

Eaton told TODAY that listening to music has always been a huge part of his routine, and an eclectic playlist kept him inspired while competing.

“The music I was listening to was a bit of new rap and a little bit of old country music,” Eaton said. “They’re polar opposites, but it got me in the groove and (was) what I needed, especially without a crowd, because I’m an athlete that thrives off a crowd. It was really hard not to have that, but we made it work.”

The Olympian’s father joined the interview virtually and said that he helped put together the playlist his son listened to during the competition.

“I knew, when I saw him put his ear pods in, and I remembered the playlist that I made for him of Kenny Rogers, Barry Manilow and Run-D.M.C., that it was all going to come together at the right moment,” Geoff Eaton said.

Jagger shared a link to his Olympic Spotify playlist on TikTok, and while there wasn’t any Kenny Rogers to be found, there were plenty of country tunes including “Northern Redneck” by Aaron Lewis, Trace Adkins’ “Ladies Love Country Boys,” “Long-Haired Country Boy” by Charlie Daniels, and songs from Florida Georgia Line, Luke Bryan, Blake Shelton, Morgan Wallen and more alongside plenty of rap and rock songs.

Ironically, there aren’t any songs from his namesake, Mick Jagger.

“Both my parents had a big love for music and a big passion for music when I was little,” Eaton explained. “They’re the reason, obviously, why I have my name and kind of my music taste.”

Watch Jagger Eaton’s Olympic medal-winning run in the video below.