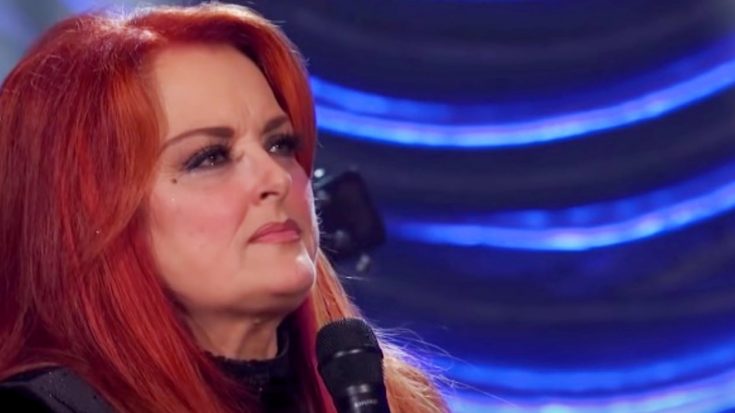 On Sunday (May 15), many members of the country music community gathered at the Ryman Auditorium in Nashville to honor Naomi Judd‘s life and legacy during a public memorial service. CMT aired the service live without commercial interruptions, calling it Naomi Judd: A River of Time Celebration.

Naomi died on April 30 at the age of 76. Her passing occurred just one day before she and her daughter Wynonna were inducted into the Country Music Hall of Fame as The Judds.

The Judds also had plans to go on a “final tour” later this year. Wynonna has since promised that the tour will continue in her mother’s honor.

Both Wynonna and her sister, Ashley, were present at their mom’s memorial service. Ashley offered a few remarks, while Wynonna sang a number of times. She closed the service by delivering an emotional performance of The Judds’ “Love Can Build a Bridge.”

Other performers included Carly Pearce, Brad Paisley, and Little Big Town. Brandi Carlile also paired with Wynonna to sing a cover of “The Rose,” which was once recorded by Conway Twitty.

Many tuned in to watch the memorial live. But those who didn’t get the chance to watch the original broadcast now have more opportunities to see it.

CMT announced its plans to re-air the River of Time Celebration not once, but twice. One of the encore presentations aired on Thursday (May 19) at 9 PM ET. A second encore presentation is slated for Saturday (May 21) at 12 PM ET.

“While we all continue to deeply mourn the loss of such a legendary artist, we are honored to commemorate her legacy alongside the country community, her friends, family and legions of fans across the world at the perfect venue: The Mother Church of Country Music,” said one CMT producer. “This special will celebrate her timeless voice, unforgettable spirit and the immense impact she left on our genre through the best form of healing we have – music.”

You can watch one of the performances from the River of Time Celebration below.

Our hearts go out to Naomi’s loved ones during this difficult time. She is dearly missed.

If you or someone you know is experiencing suicidal thoughts, please contact the National Suicide Prevention Lifeline at 1-800-273-8255, text “TALK ” to 741-741, or visit suicidepreventionlifeline.org.