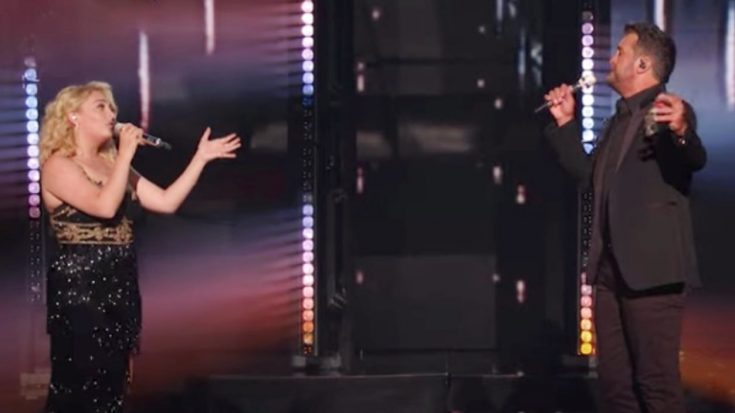 During the auditions for Season 20 of American Idol, Luke Bryan told HunterGirl she had the best voice of any female country artist he ever heard on the show. Viewers seemed to agree when it came to HunterGirl’s talent, because she made it all the way to the finale as a member of the Top 3.

Things came full circle during the Season 20 finale when HunterGirl sang a duet with Bryan. They performed “I Told You So,” which was first released by Randy Travis in 1988.

Over 20 years later, Carrie Underwood dropped a cover of the song. She followed up by also releasing a duet version with Travis. Their duet went on to win the Grammy Award for Best Country Collaboration with Vocals.

Underwood and Travis sang “I Told You So” together as special guests during a past season of Idol. It seemed fitting for them to perform the song on the show, since Underwood won Season 4 of Idol in 2005.

Scotty McCreery and Lauren Alaina also sang “I Told You So” when they competed on Idol‘s tenth season. McCreery went on to win that season, while Alaina was named as the runner-up.

Now, HunterGirl is another singer who brought “I Told You So” to the Idol stage.

It was a joy to see HunterGirl and Bryan finally share the stage since he was one of her biggest fans from the start. Watch their “I Told You So” duet in the video below.

HunterGirl went on to place second, while fellow country artist Noah Thompson was named the winner of the season. Congratulations to them both!